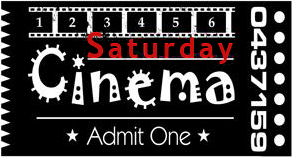 My To-Be-Watched list has been set to random. Let the fun begin.

The Killer Inside Me (2010) Starring Casey Affleck, directed by Michael Winterbottom – West Texas Casey Affleck looks decidedly un-Casey Affleck-like. Chilling, understated performance. There are couple scenes in this movie that I found really hard to watch. The very ending was terribly disappointing. Spoiler: [No one smells the enormous amount of liquid fuel that is doused around the house? Also, gunfire really wouldn’t ignite said fuel.] Based on a 1952 novel and set during that era. I would say that some of the psychology underpinning the character’s actions are also of that era.

The Descendants (2011) Starring George Clooney Shailene Woodley,  Amara Miller; directed by Alexander Payne – Second movie in a row with some voice-over. It’s a family drama, very well done. And beautifully shot. I realized that I probably haven’t seen a movie set in Hawaii since, um, Blue Hawaii. I love movies with a strong sense of place. The Descendants has it. No Country for Old Men has it (and is the better west Texas movie if put up against The Killer Inside Me). Any movie set in Boston written by Dennis Lehane has it. Still haven’t seen a George Clooney movie (since Batman & Robin) that I haven’t liked.

Shame (2011) Starring Michael Fassbender, Carey Mulligan; directed by Steve McQueen – Lots of sex, lots of nudity. But that’s not the gratuitous part of this movie. Scenes start too early, last too long. The pacing is very slow. I enjoyed the lack of musical score during the first two-thirds and was rather annoyed by the its intrusion later. It was kind of like a cue to start caring about this character. Somewhat predictable too. Very meh.

Online and Worth a Look

It Might Get Loud (2008) Directed by Davis Guggenheim – A solid documentary profiling three prominent and innovative guitarists: Jimmy Page, The Edge, and Jack White. Each has a different aesthetic and philosophy to music and this film brings them together to discuss the electric guitar. “What, the three of us get together? What’s going to happen? Probably a fist fight,” says Jack White near the beginning of the film. (Not-a-spoiler: No fist fights, but a great deal of mutual respect.) This was a re-watch for me and I remembered why I enjoyed it so much the first time. All three tell their own stories, their own histories with music. All three have a deep love and enthusiasm for their art. This documentary is currently available for viewing, free and legal, on Crackle.