The Ambitious Card by John Gaspard

The life of a magician isn’t all kiddie shows and card tricks. Sometimes it’s murder. Especially when magician Eli Marks very publicly debunks a famed psychic, and said psychic ends up dead. The evidence, including a bloody King of Diamonds playing card (one from Eli’s own Ambitious Card routine), directs the police right to Eli.

As more psychics are slain, and more King cards rise to the top, Eli can’t escape suspicion. Things get really complicated when romance blooms with a beautiful psychic, and Eli discovers she’s the next target for murder, and he’s scheduled to die with her. Now Eli must use every trick he knows to keep them both alive and reveal the true killer. (via Goodreads)

In the past ten months, I’ve read ~3400 pages of books, fictional and non-fictional, about magic.That’s not counting David P. Abbott’s works that aren’t on Goodreads and the many, many magazine articles. At this point, I’ve developed some opinions about the subject. For me, picking up a book with a magician character is going to go one of two ways: well or badly.

I’m happy to say that The Ambitious Card went very well for me. John Gaspard does a good job with the magic and a really good job of making the psychics sympathetic characters instead of just the butts of skeptical jokes. The supporting cast of characters was quirky with Eli, our narrator, being mostly the straight man–as much of a straight man as a wise-cracking magician can be. I’m also a sucker for a prominent setting and the Minneapolis area is front and center. The Minnehaha Bunny is going on my list of things to see if I’m ever in the area.

I had a great time reading The Ambitious Card. Goodreads says its the first of the Eli Marks mysteries. I’m glad to hear that. I don’t read many series, but I’m definitely willing to go on another adventure with Eli.

The Ambitious Card was released on Aug. 20, 2013 from Henery Press.

Genre: Mystery
Why did I choose to read this book? Mystery! With magic
Did I finish this book? (If not, why?) Yes
Craft Lessons: It’s okay to have fun. No really, it is.
Format: Kindle ebook
Procurement: Netgalley 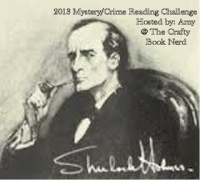 2 thoughts on “Review ~ The Ambitious Card”