My first novel (finished in 2000 and previously published in 2009)
is now available in various ebook formats:

Priced modestly at $0.99 USD, I’m also offering complimentary copies to reviewers and to readers who purchased a print copy of Lucinda at the Window in the past. If interested, email me at katenab (at) gmail.com or drop me a comment.

I didn’t get as many short stories read during R.I.P. as I intended. Strangely, my attention span has been craving longer works. 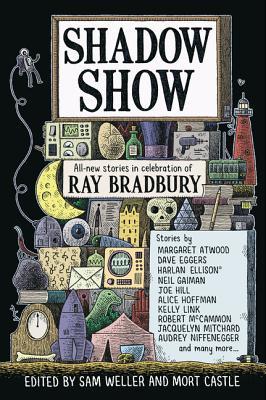 I really meant to finish Shadow Show. I’ve been reading this anthology on and off since last year. R.I.P. 2012 included Shadow Show stories! I think I burnt out on anthologies earlier in the year and once again Shadow Show has become a box of very rich chocolates.

“The Page” by Ramsey Campbell – Long, idyllic set up to a sort of an air conditioned ending. I can see this story in my head as an episode of an 80s anthology show, like The Ray Bradbury Theatre though maybe not the best episode of such a show. The middle-aged couple trying to enjoy their time on the beach, the sort of spooky mystery of the wind-blown page, the powerful woman at the end that I can only imagine in a shoulder-padded power suit.

“Light” by Mort Castle – Reminds me of Bradbury’s California mysteries, especially the last one, Let’s All Kill Constance. Bradbury had a love affair with Hollywood. Hollywood consumes dreams and then spits them back to become other people’s dreams.

“Conjure” by Alice Hoffman – Girls. Do you find them in Bradbury stories? Not often, but this might be what it would look like if there were girl characters in Bradbury’s world. It’s perhaps a more perilous world for them than for boys. (This story reminds me a little of Dennis Leheane’s Mystic River, a Bradbury story terribly inverted.)

“Backward in Seville” by Audrey Niffenegger & “Earth (a Gift Shop)” by Charles Yu – Both were short responses to specific Ray Bradbury stories “The Playground” and “There Will Come Soft Rain.” Both solid and more sci-fi aspected than the other three stories. 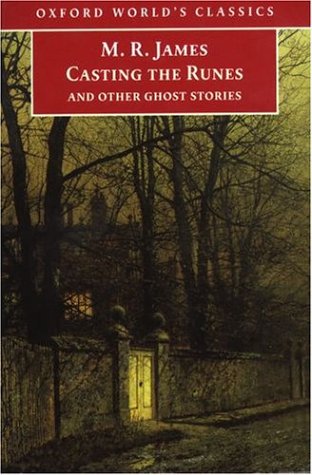 After watching Night of the Demon, I was interested in M. R. James “Casting the Runes.” It is a bit different from the movie. The plot is simpler, but it’s also more subtle in its telling. And as a writer who often hates writing transitions between scenes, I rather loved this:

It is not necessary to tell in further detail the steps by which Henry Harrison and Dunning were brought together.