The Thief of Always by Clive Barker

Master storyteller and bestselling novelist Clive Barker creates an enchanting tale for both children and adults to cherish and retell. The Thief of Always tells the haunting story of Harvey, a bright 10-year-old who is suffering from the winter doldrums, and of a creature who takes him to a place where every day is filled with fun, and Christmas comes every night. (via Goodreads)

A week ago last Sunday, I received a key to participate the EverQuest Landmark closed beta. I’ve been a casual player of EverQuest and EverQuest 2 for years, but was only mildly interested in playing Landmark, the crafting sandbox precursor to EverQuest Next. Did I want to play something that’s still a little buggy and not fully functional? The key gave me a week to play around and, on Friday when the free week was nearly over, I plunked down $20 to continue harvesting and building. Next thing I knew, thieves of time that are computer MMOs had done a number on me. It was Sunday and I hadn’t read a word in 48 hours. Queue the audio books. I hunted up some audio books specific to the Once Upon a Time challenge. I figured, I’m playing in a fantasy world (roughly), why not listen to some fantasy fiction?

My first selection is a tad on the horror side, but still solidly in the land of fables. We begin in February, a gray beast of a month, with Harvey, a good kid who is terminally bored. He is the perfect target to be tempted by Mr. Hood and the Holiday House. Of course, there’s a catch and Harvey realizes that being a good, bored kid isn’t the worst thing. Despite the potential Bradbury feel of a 10-year-old learning to value time and mortality, this *is* a Clive Barker story. There’s some blood and gore. There are dead cats. There are scary, uncomfortable moments. Story-wise, the final confrontation between Harvey and Hood goes on maybe a little too long. The stakes alone are enough to make the battle important, not it’s number of rounds.

This is a “reread” for me and I own the hardback. The main disadvantage to listening to it is not having Barker’s lovely, creepy illustrations. 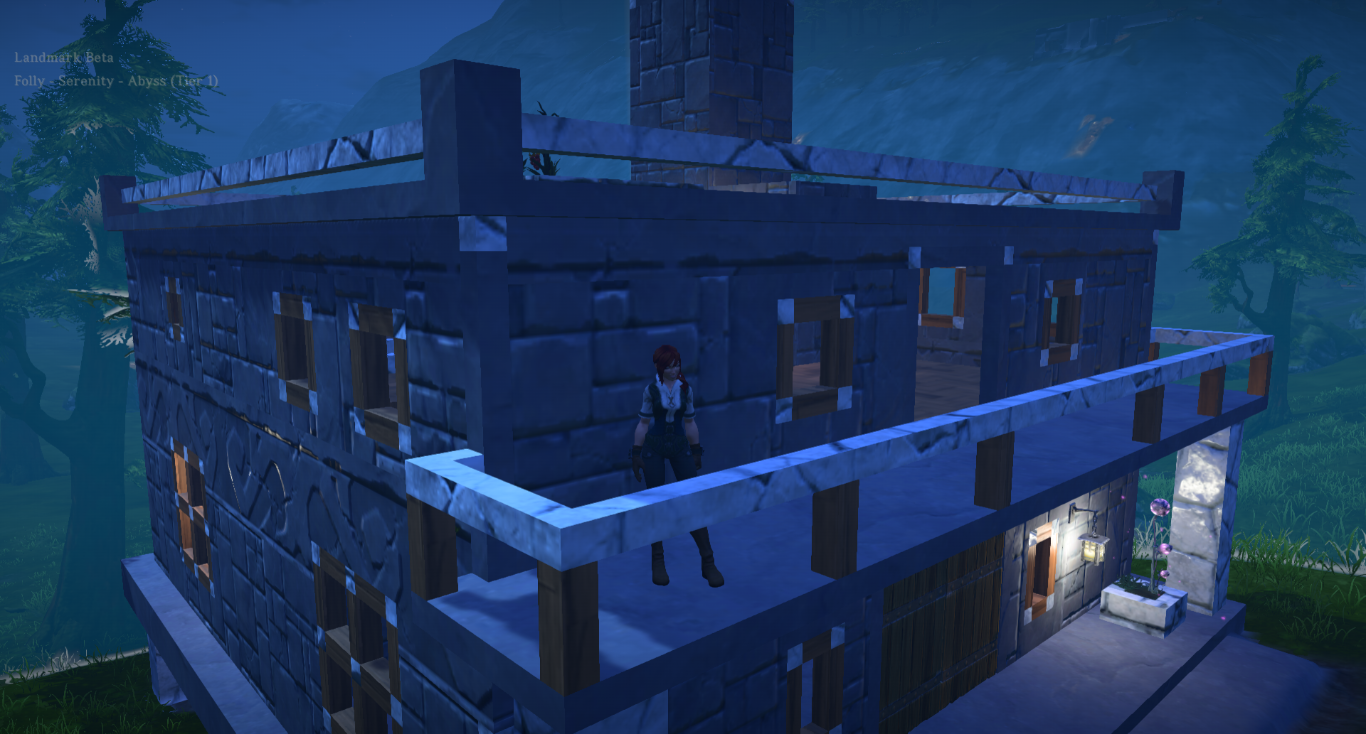 After a week, this is what I had built in Landmark. It needs more flowers.