The Ocean At The End of the Lane by Neil Gaiman

Sussex, England. A middle-aged man returns to his childhood home to attend a funeral. Although the house he lived in is long gone, he is drawn to the farm at the end of the road, where, when he was seven, he encountered a most remarkable girl, Lettie Hempstock, and her mother and grandmother. He hasn’t thought of Lettie in decades, and yet as he sits by the pond (a pond that she’d claimed was an ocean) behind the ramshackle old farmhouse, the unremembered past comes flooding back. And it is a past too strange, too frightening, too dangerous to have happened to anyone, let alone a small boy.

Forty years earlier, a man committed suicide in a stolen car at this farm at the end of the road. Like a fuse on a firework, his death lit a touchpaper and resonated in unimaginable ways. The darkness was unleashed, something scary and thoroughly incomprehensible to a little boy. And Lettie—magical, comforting, wise beyond her years—promised to protect him, no matter what. (via Goodreads)

Choosing this book was a synergy between The Estella Project and Once Upon a Time. Neil Gaiman has a great ear for fairy tales and I’ve been eying this one for a while.

The Ocean at the End of the Lane was a nice juxtaposition with The Thief of Always by Clive Barker, which I read earlier in the year for Once Upon a Time. Both Gaiman and Barker are British authors. Both stories have a boy and a mystical girl. Both boys go on a journey and come back to a very changed world.

There are some big differences as well. Gaiman’s story is much quieter with a stronger feminine aspect. The Hempstock women are the lynchpin of this tale. This is also a tale set in retrospect. Our middle-aged narrator is re-remembering these events. For me, this gives Gaiman’s tale more poignancy. Not only is the boy struggling to find out who he is, the classic purview of a YA tale, but the man is reflecting on how be came to be who he is. The over-arching mysticism of the world-building is well and good, but the sublimity of remembering and forgetting is what will stay with me. “You drove to the end of the lane and came here, like you always do,” Mrs. Hempstock tells the narrator, who doesn’t remember visiting the Hempstocks other than when he was a kid. Strangely, that line hit me hard. How many things do we do over and over, things that *mean* something in the moment, that we forget about so easily? That there is a middle-aged* question.

*Not to imply that there’s any thing wrong with this being a “YA” book, if you want to categorize it as such. On Goodreads, the categorization is pretty up in the air. But on the cusp of 40, I currently don’t have much interest in the plight of young people. If I’m reading something “YA,” I need some aspect that will give me and my graying hair a way into the story. 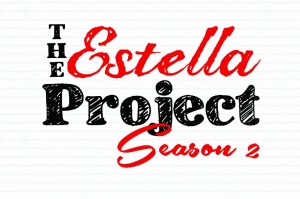