July 11th – 13th: Fairy Tales with a Twist
Read fairy tale re-tellings and give those childhood favorites a twist! 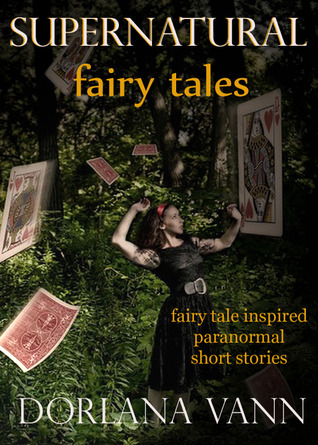 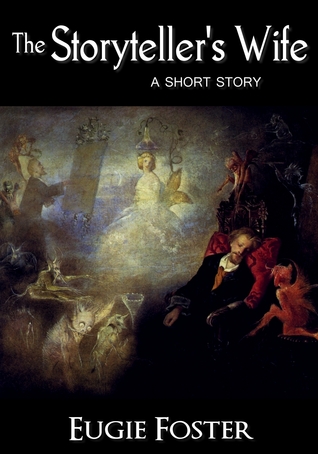 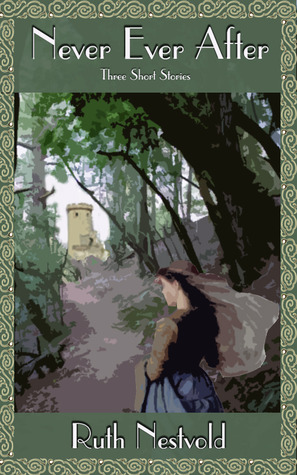 With nods to some classic fairy tales, this collection certainly fit the bill. “Blueberry Eyes” is the easiest to identify as a twisted tale, but as Vann notes in her afterword, all are inspired by classic fairy tales. How do the Emperor’s New Clothes look on a vampire? What happens when an artist finds “His Soul Inspiration” in the old tales and paints his wife as a mermaid? There are a few neat concepts in Supernatural Fairy Tales. My only criticism is that the stories often play with the concept of memory and the narratives end up being a little muddled. My favorite: “The Gift” because I can’t resist the Weird West.

The Storyteller’s Wife by Eugie Foster

“If this was…a real fairy tale, she knew her lines.”

Not a twisted tale, but a tale of faerie and one so very bittersweet. Eugie Foster might be my favorite fairy tale writer. Yes, beating out even Peter S. Beagle.

Never Ever After: Three Short Stories by Ruth Nestvold

It’s hard to get into an already existing fantasy world, which is what it felt like I was doing in “A Serca Tale.” Even the title leaves me a bit short in the info department. I did not finish  “King Orfeigh” because I can’t get my head into a second person POV.  “Happily Ever Awhile” was the best of the trio with the best title of the entire readathon.

Review: A story that Jay read back in March that sounded intriguing.

When reading classic literature, I always end up having a little war with myself. How “genre” do I want to let my reading be? How much do I want to force a “literary” interpretation? The dichotomy leaves me grumpy because I don’t believe that one of these things is more important than the other, but one might actually be more appropriate.

I have a tin ear when it comes to appropriateness.

Andreyev begins with a description that would cast Lazarus in any zombie movie ever. And if we want to look at Lazarus with modern trope-infused eyes, that’s exactly what he is. He was dead for three days, decomposed for three days, and now he’s alive again. He is an unnatural thing, a breaking of natural laws. Anyone who looks upon Lazarus and has Lazarus look on them knows this and feels the implication. According to Wikipedia, Lovecraft had Andreyev in his library and I’m not surprised. This sort of concept is very much what a genre reader would call Lovecraftian.

The other genre standard that came to mind was Frankenstein. For me, the main theme of Frankenstein is the taking, or rather the shirking, of responsibility by a creator. Andreyev never mentions how the miracle of Lazarus’s resurrection occurs, just that is has happened. The responsible party is not at all in evidence. Is this Andreyev taking the story out of context to suit his storytelling whim? Or is he making comment by never mentioning what most readers of this story know? In any case, Lazarus’s family and community forsake him as well. No one is willing to take responsibility for the monster at the edge of town.

(I reread the biblical account of Lazarus. It does seem to be the event that kicks off the earnest plotting against Jesus. Jesus pretty much goes into hiding for a while afterward to avoid immediate persecution.)

The literary side of my brain wonders what Andreyev was going on about with this character and his travels. I could probably make a point about the encroachment of Christianity on the Classical world and, if I knew my Russian history better, how that might parallel some aspect of the Russian revolution. I can also see in it a parallel with original sin. Lazarus possesses knowledge of something which shouldn’t be known. Like Eve eating from the Tree of Knowledge, he spreads this to others,  and not to their benefit.

Were Death itself passing, it would be faced with no greater fear: for until then the dead alone knew Death, and those alive knew Life only—and there was no bridge between them. But this extraordinary man, although alive, knew Death, and enigmatical, appalling, was his cursed knowledge.

Which does lead back to Lovecraftian notions of forbidden knowledge.

I am curious about the whole “dressed as a bride-less bridegroom” thing. I feel like I’m missing something cultural.

Leonid Nikolaievich Andreyev (21 August [O.S. 9 August] 1871 – September 12, 1919) was a Russian playwright, novelist and short-story writer. He is one of the most talented and prolific representatives of the Silver Age period in Russian history. Andreyev’s style combines elements of realist, naturalist and symbolist schools in literature.