Average rating: 3.05 (out of 5)
Even though I’m no longer publishing my ratings, I still keep track.
Average rating of ARCs: 2.98 – But I was quicker to put down ARCs this year.

I want to keep better track of the short works I’m reading outside of Deal Me In. Between the Gothic Challenge/Read-a-longs, Obscure Literary Monsters, and research reading, I’ll be reading even more short stories. I’ve made a few changes to my spreadsheet. I’d also like to be more aware and engaged as I read. Not quite pen-in-hand, but maybe being a little freer with my note taking.

During the last few months, I’ve stepped back from trying to do too many activities and it’s been a good thing. I plan on keeping my extracurricular blogging activities to a minimum.

I find that genre-aspected challenges (read X number of Y type book) don’t really work for me. They always sound like so much fun in December, but by next September, I haven’t kept up with the books, the reviews, or checking other participant’s blogs. Instead, I think I’ll do more read-a-longs. Also, I love readathons, but I’ve come to realize that I can only do them occasionally or I get really burnt out. I probably won’t do more than one every two months or so. 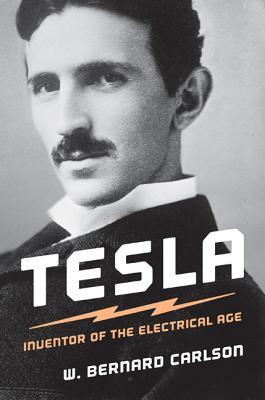 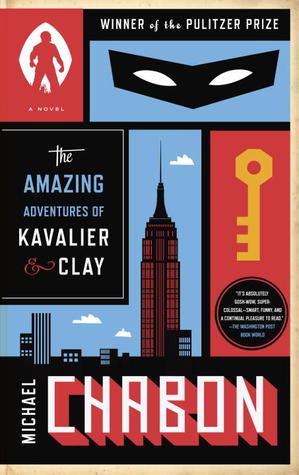 Nikola Tesla has become a hero lately; a bastion of innovative genius standing (and falling) against the capitalist system. Or something like that. Carlson’s Inventor of the Electrical Age investigates how Tesla’s background might have influenced his thinking and gives his innovations a place within history. There’s little about the sensational things (the Edison/Tesla feud, the love of pigeons, etc.) and more about how timing, economics, and personal politics helped and hindered Tesla.

Comics, escapology, and American history before, during, and after WWII. All written beautifully with love and care. Like Carter Beats the Devil, Kavalier & Clay tells a nearly complete history of its main characters. You live in the world with the characters for a while and, despite the good and the bad, you want to visit them again one day. I don’t know if I can ask for more from fiction. 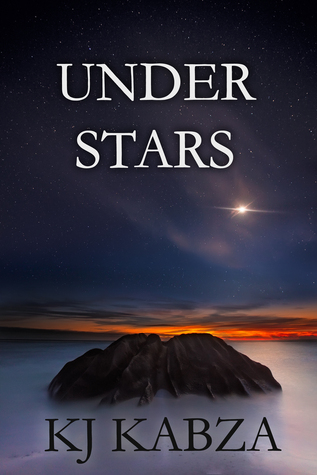 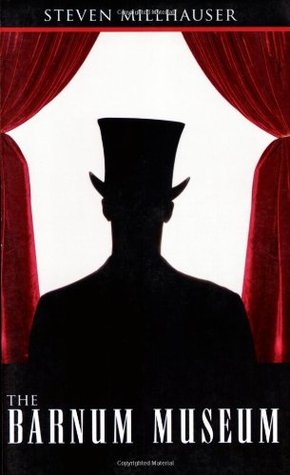 Top Five from Deal Me In

(in no particular order)

After years of producing nothing but horrors as crops, the farmer and his family had split up and fled Wisconsin in their separate directions, abandoning the land to seek a normal farm and a normal life.

For a pittance, Collier & Black’s Traveling Circus and Sideshows had rented one of the vacant fields.

Scarecrow and Raven are two of the freaks in the sideshow. Scarecrow is tired of being stared at, laughed at, and ridiculed by normal people. With Raven in tow, he takes a break from the midway to wander the strange fields they’ve set up in and visit the nearby town of Tucker’s Grove. The first night of their sabbatical, the duo sleeps in a barn where Scarecrow finds a strange artifact. The next day, a Sunday, Scarecrow is emboldened by the sign hanging outside the Methodist church: All Welcome! Predictably, he finds that this is a less than genuine invitation and he decides to give the church a very special donation…

Scarecrow and Raven are great characters and Scarecrow’s dream in the barn of being a blond, tan farmer and upstanding member of a community is rather sad. Unfortunately, the story does get a tad preachy, even for a narrative with a preacher in it. In his introduction, Copperfield likens it to a Bradbury story (rather than the SF tale that one might expect from Anderson). While it definitely has some Bradbury flavor, it lacks a light touch.

About the Author: There was a time in the late 80s and early 90s when…there wasn’t much Star Wars. Kevin J. Anderson was in the vanguard of the Star Wars resurgence and is now pretty widely know for collaborating with Brian Herbert of further Dune novels.

I’ve really enjoyed the challenge and have met some excellent bloggers over the past year. Jay just posted the details and signup for Deal Me In 2015 and I am so there. Got anthologies you want to get through? A growing queue of classic short stories that are “must reads”? Just want to read a little every week? Join us!

Conversations with Spirits by E.O. Higgins 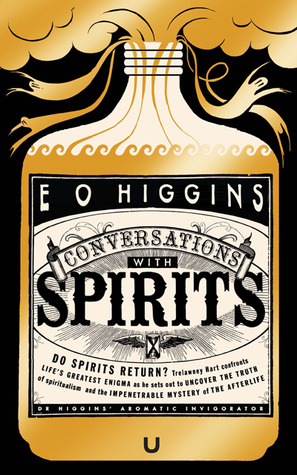 The Great War is rampaging through Europe – yet Trelawney Hart has scarcely noticed. The arch-sceptic and former child prodigy has lost his way, and now ekes out a lonely existence, taking his only comfort from the bottle.

Hart’s dissolute lifestyle is interrupted, however, when spiritualist crusader and celebrated author Sir Arthur Conan Doyle arrives at the door of his London club and requests his help in investigating a man he believes to be a psychic medium of unparalleled gift.

Driven on by his anticipation of exposing the psychic as a fraud, Hart accepts. But it is not long before he finds himself helpless amidst a series of seemingly inexplicable events – and he is forced to consider whether there may be much more to life than he had ever thought possible… (via Goodreads)

Trelawney Hart is an alcoholic. Much of the plot of Conversations with Spirits is involved with the obstacles this places in Hart’s way. In fact, about 10-15% of the book is Hart traveling from London to Boardstairs, a rather long, drunken side-adventure. For a while, I kind of wondered what Higgins was up to here because the book gets a little slow. He is setting up a very important relationship, but I’m not sure it totally pays off…in this book. Hart’s an interesting character in an interesting situation and I feel like we’ve only just gotten a taste of adventures to come.

I believe this is the third book I read this year with Arthur Conan Doyle as a character. He’s a minor character here, but Higgin’s version of the writer is the best of them. Doyle is intelligent, but wreaked in his way. Spiritualism is the answer he’s found to keep his world intact. Hart could be a Holmes-type character, but he’s more real and more flawed than the stereotypical Sherlock. His deductive powers are not supernatural, and while he’s still arrogant, there are gaping holes in his ability to take care of himself.

The body of knowledge that Hart uses for debunking pulls heavily from stage magic and Higgins does a good job with the techniques. Well, aside from a character mentioning seeing “sawing a woman in half” which really won’t become a thing for another four or five years*. The method the physic medium uses to walk through a brick wall is also fairly modern, I believe, but the event is meant to be singular.

All in all, I’d definitely read a second Trelawney Hart book if one were available. High praise from me, someone who doesn’t read series.

*Anachronistic magic tricks have become a pet peeve of mine. Right now there are two recent/upcoming historical novels with tricks at their heart that didn’t really exist in their period setting.

This is a little piece of magic miscellanea featuring my favorite necromancer and his sidekick. According to accounts of Joseffy’s act, three clicks of the jaw by Balsamo indicated ‘yes.’

After brutally DNFing a book that I wouldn’t have requested if it had a better blurb or a sample of the first few pages, I’ve decided to cut back on reading ARCs. Especially on NetGalley, I often feel like I don’t have enough information to evaluate whether I really want to spend time with a book before I request it.

With new space in my reading schedule, I logged in to Tempe’s elibrary and to place a hold on Stephen King’s Revival. I’d noticed it last time I was was there, but figured I didn’t have time for it in January. Surprisingly, a copy was available for immediate download. Looks like the end of 2014 will be spent with Mr. King.

I may have finally gotten past the 35,000 word mark on In Need of Luck. I’ll probably have Eric read sometime this week. I’d really like to be at the 45K mark before Bout of Books starts on the 5th.

“The Invisibles” by Charles de Lint

From: David Copperfield’s Beyond Imagination  (This is the last story from this anthology.)

Thoughts: Some of the stories in these Copperfield anthologies have felt more like short vignettes: weird set up, character dealing with weird set up, no conclusion. And occasionally, some of those stories haven’t been short at all. (I’m looking at you, Jack Kirby/Janet Berliner.) With “The Invisibles,” Charles De Lint writes one of the most complete stories in either of the Copperfield books.

One evening while hanging out at his favorite coffee shop with his friends, our narrator, a painter, sees an invisible woman. Well, she’s invisible to his friends anyway, and to the barista who never takes her order, and to the people on the street who nearly walk into her. Our narrator*, intrigued by her, follows her home. On the street in front of her apartment building, he’s confronted by a kid with powers to disappear in his own way. Our narrator is led down a rabbit hole and inadvertently becomes the “spokesperson” for the invisibles.

My only complaint about this story is that there were a couple of sentences that were really heavy-handed about the “invisible” people–the homeless, service people, etc.–that we encounter all the time. In a story that was deft in so many other ways, I don’t think de Lint really needed to clobber the reader over the head with a message.

*I really need to start paying attention during first person narratives for use of the narrator’s name.