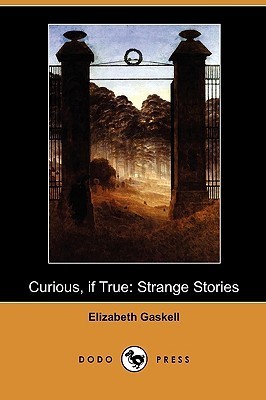 I’m *fairly* sure that I hadn’t read “The Old Nurse’s Story” before, but it seemed very, very familiar. Have I seen an adaptation of it somewhere? Maaaybe? Or is it one of the quintessential gothic short stories and I’ve run into its tropes all over the place? It’s hard to tell.

Gaskell begins the tale with a sort of tangled recitation of heredity. Even rereading it, it’s kind of hard to figure out just who the old nurse means when she talks of the children’s grandmother. I think the only thing I’ve read that had a more tangled family tree, from a reader’s point of view, is Wuthering Heights. Happily, this background is quickly left behind for the meat of the story.

An orphan and her nurse are sent to live in an old manor house with a distant relative of the orphan. The description of the house and the moors are definitely worth the read. Of my reading this year, thus far, only Doyle paints a better picture of desolate countryside. Some issue weighs upon Miss Furnivall, the mistress of Furivall Manor, and indeed it pervades the house as well. There is a mysterious broken organ, portraits that are not hung on the walls, and an entire wing of the house that is shut to everyone. Hester, the old nurse of the title, is okay with these things. She’s even okay with the creepy organ music that is heard during storms. What she’s not okay with is the ghostly little girl who wants to lure her charge outside on cold winter nights.

A trend I’m seeing in my gothic reading: disenfranchised characters. In Castle Otranto, Isabella’s status seems to be downgraded to “ward,” after the death of her fiance because her father isn’t immediately in evidence. Power differential drive plot points. If Miss Rosamond wasn’t an orphan, she and her nurse couldn’t be so easily sent to live at Furivall Manor. We also spend quite some time in Otranto getting information from Bianca, the maid. Here, in “The Old Nurse’s Story,” our narrator is the nurse and she spends her time among the servants, of course. Servants know things. They span generations. They are the least powerful in terms of social standing, but probably the most powerful in terms of narrative. In The Hound of the Baskervilles, Mr. & Mrs. Barrymore, servants at Baskerville Hall, are key to one of the subplots.

Hester outside following Rosamond’s footprints around the closed up wing of Furivall Manor also reminded me of many of the great gothic elements in K.J. Kabza’s “The Soul in the Bell Jar.”

Publishing info, my copy: From Curious, If True: Strange Tales, Kindle ebook version
Acquired: Amazon
Genre: Gothic horror
Previously: As a 19th century writer of gothic and weird fiction, I’ve been meaning to read Gaskell and have acquired a few of her books.