On the River, Down Where They Found Willy Brown by Theodore Wheeler 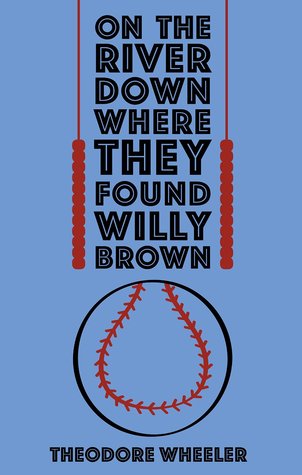 The story of an immigrant boy who’s caught up in a race riot and lynching, based on events surrounding the Omaha Race Riot of 1919. While trying to find a safe place in the world after being exiled from his home during World War I, Karel Miihlstein is caught in a singular historical moment and one of America’s most tragic episodes.

Written in the tradition of the historically-set work of Don DeLillo, Denis Johnson, and Colum McCann, On the River, Down Where They Found Willy Brown depicts its characters in deep personal detail and wide social panorama—from a contentious Interrace baseball game on the Fourth of July to the ear-splitting clatter of a race riot—while revealing the folly of human nature in an age of astonishing ambition. (via Goodreads)

Last week I wrote about Orville D. Menard’s River City Empire, a book about Omaha’s political and criminal boss Tom Dennison. During the 1918 elections, reformists gained a political foothold after over a decade of Dennison’s picks being elected, namely perpetual mayor Jim Dahlman. In response, crime seemed to increase in the city. The lesson: Dennison’s brand of corruption was better for the city than unchecked activity. Of course, there is also evidence that Dennison and his cronies were behind some of the high profile incidents, including men in blackface assaulting white women. Dennison had influence over the Omaha Bee daily newspaper and it reported on the assaults as well as racial unrest around the country in shrill detail. Add to that, preexisting tensions in the city due to unemployment. The accusation against Will Brown—of raping 19-year-old Agnes Loeback—was the match that lit the powder keg. A mob of thousands of white men laid siege to the Douglas County Courthouse until Will Brown was turned over to them.

Into this historical event, Theodore Wheeler places Karel Miihlstein. Karel is an immigrant, as many were in culturally diverse Omaha. He’s a good kid with four sisters, no mother, and a father focused very much on his own work as a repairer of violins. Karel has some knack at baseball, a sport that is nationally popular and an important entertainment. I don’t know how much of the July 4th baseball game is fact or fiction, but it feels real; it feels like an event that could get lodged in a young man’s mind and could lead to bad decisions later. Wheeler does a wonderful job with the setting, but an even better job giving his characters motive for behaving as they do.

Publishing info, my copy: Edition Solitude, Kindle Edition, 2015
Acquired: Amazon
Genre: Historical
Previously: I came across Theodore Wheeler while, surprise, doing research into Tom Dennison and early 20th century Omaha. According to his webpage, there is a novel length version of this novella in the works.