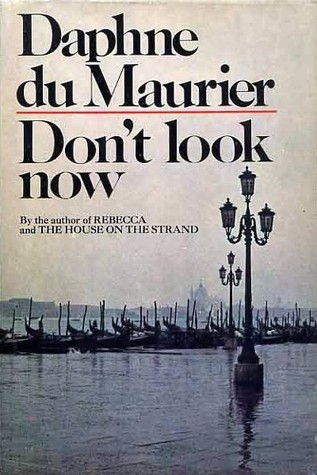 Five long stories about unremarkable people caught up in situations beyond the boundaries of their experience.

Venice, Crete, Ireland, Jerusalem, East Anglia. The settings of Miss Daphne du Maurier’s stories are as varied as the plots. A married couple enjoying a holiday in Venice are swept helplessly into a tragedy played out against a backdrop of murky canals and back alleys. A middle-aged schoolmaster gets involved with an American couple whose fishing expeditions are very far from being what they appear. A young actress, setting out on an impulsive but innocent quest, blunders into a situation which sweeps away all the roots of youthful self-confidence. One story, subtly mocking, follows the vicisitudes of an ill-assorted little party of pilgrims in Jerusalem. Another explores the meaning of life and death in a brilliantly original tale. Such unremarkable people, following their unexceptional paths, yet all caught up in situations beyond the boundaries of their experience and outside their control. Compelling, exciting, this collection shows once again what mastery of the short story Daphne du Maurier has. (via Goodreads)

For me, Daphne du Maurier is this year’s Steven Millhauser. Last year, I delved into a collection of Millhauser’s (The Barnum Museum) and found that I was torn. I really *loved* some of his stories. Others…not so much. I’m still not sure if I’d call myself a Millhauser fan, but I’m going to repeatedly give him chances. My opinion of du Maurier is shaping up similarly. I didn’t care for Rebecca, but there were some aspects that were enticing. Luckily, I had more du Maurier on a more compulsory reading list.

Don’t Look Now is a collection of five novellas originally titled after one of the other stories in the collection, “Not After Midnight.” The change came after “Don’t Look Now” was turned into a film in 1973 with Donald Sutherland and Julie Christie. That story was included in my Obscure Literary Monsters list and I reviewed it a few weeks ago. Since I didn’t immediate pull “The Birds,” which is on my Deal Me In list, I decided to finish off the anthology. And it is definitely a mixture of great and meh from me.

The second story in the collection is “The Breakthrough.” The late 60s and early 70s spawned a number of novels and movies that dealt with science investigating the supernatural. I didn’t expect to find such a story from du Maurier. “The Breakthrough” is a solid, right out of the Twilight Zone. “Not After Midnight” continues with an atmosphere of unease as a fairly insufferable character gets caught up in what may or may not be an archeological dive. There’s one incredibly tense scene that caused me to jump out of my skin when an outside noise intruded.

But then there’s “A Border-Line Case.” I have a theory that I might not like du Maurier’s female main characters. Like the second Mrs. de Winter, Shelagh came off as flighty. Maybe that’s uncharitable. Both of these characters make her own decisions (both involving older men), but they’re such bad decisions. Then, the reader is left to suffer through an extended period of whinging from the character.

“The Way of the Cross” is the only story of which I had a neutral opinion. It’s populated by (figuratively) many the characters we’ve already encountered: the annoying, the skeptical, the swinging, the delusional, and the completely unsure. In the end, I’m not sure what point there is to “The Way of the Cross,” but it wasn’t an entirely unpleasant journey.

Publishing info, my copy: Doubleday, 1974, hardback
Acquired: PaperbackSwap
Genre: all over the place