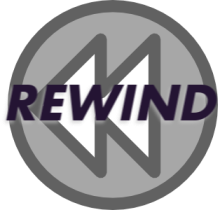 I’m on vacation in Omaha this week! In light of the recent release of Mr. Holmes, here are my “Rewind” thoughts on the movie’s source material and Michael Chabon’s similar work.

It is 1947, and the long-retired Sherlock Holmes lives in a remote Sussex farmhouse with his housekeeper and her young son. He tends to his bees, writes in his journal, and grapples with the diminishing powers of his mind.

But in the twilight of his life, as people continue to look to him for answers, Holmes revisits a case that may provide him with answers of his own to questions he didn’t even know he was asking – about life, about love, and about the limits of the mind’s ability to know. (via Goodreads)

When I read this book in 2010, it was under the name A Slight Trick of the Mind, which I prefer, but I can understand the change. My thoughts at the time:

This Sherlock Holmes is 93 years old and dealing with slight dementia, an old body, and all the questions that might come at the end of a man’s life. Of course, Sherlock Holmes is supposed to be the man that has the answers when he asks questions. What happens when he doesn’t? This is a novel firmly within the literary “genre.” We’re examining the inner life of a character, not terribly concerned with discrete events of a plot. I liked this book; it will undoubtedly stick with me…

Of particularly Holmesian things, the novel does not have Watson, drug abuse, or Irene Adler. It does very much have an apiary. I’m noting this because I think it will be interesting what authors decide to focus on or not.

I was, in early 2010, reading all things Holmes. My next book that year was

The Final Solution by Michael Chabon

In deep retirement in the English countryside, an eighty-nine-year-old man, vaguely recollected by locals as a once-famous detective, is more concerned with his beekeeping than with his fellow man. Into his life wanders Linus Steinman, nine years old and mute, who has escaped from Nazi Germany with his sole companion: an African gray parrot.

What is the meaning of the mysterious string of German numbers the bird spews out – a top secret SS code? The keys to a series of Swiss bank accounts perhaps? Or something more sinister? Is the solution to this last case – the real explanation of the mysterious boy and his parrot – beyond even the reach of the once-famed sleuth? (via Goodreads)

There are many similarities between The Final Solution and Mitch Cullin’s A Slight Trick of the Mind. Both deal with Holmes in his twilight years; a Holmes with physical maladies that frustrate his ability to function. Chabon’s Holmes has less mental problems. Both have retired from public life and intend to spend the remainder of life quietly keeping bees. Both novels have small boys that become important to Holmes. Both novels deal with the experience of the World Wars; Chabon’s novelette set before/during WWII and Cullin’s after. Neither include Watson or the notorious drug abuse. The primary difference is that Chabon’s novel is more direct detective story. A crime occurs; Holmes solves it. Nevertheless, The Final Solution is still a “literary” novel (though Chabon takes some exception to the label). The story does have a serious and poignant historical overlay which is presented more subtly than in Cullin’s book. It’s a lovely, quick read.