I’m enjoying a less rigid blogging structure. And I’m having fun with all the great blogging activities during October! 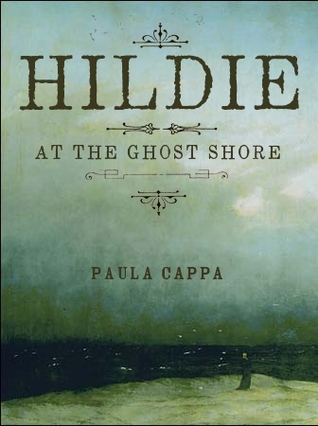 “Hildie at the Ghost Shore” by Paula Cappa – I’m a fan of Paula Cappa’s blog. She’s a well-read aficionado of supernatural fiction. And she’s also a really good writer. “Hildie at the Ghost Shore” covers a lot ground. The setting, the magic, and the mystery are vivid and compelling. Hildie is an old woman, a lace maker and a caster of runes. She does not take her work lightly and neither does the stranger who appears one morning asking about the fate of his daughter. The I’m looking forward to reading Cappa’s novel Greylock in the near future. (Maybe even this readathon weekend!) Check out all of Paula Cappa’s works at Amazon: Right now “Hildie” is available for free!

Pushing Daisies (2007) – The facts are these: Before Bryan Fuller re-imagined Thomas Harris’s magnum opus with the visually stunning and dark Hannibal, he created and produced a bright, quirky show with no less than the Lazarian dead at its heart. On one hand, Pushing Daisies is a sweet tale of true love between Ned the Pie Maker (Lee Pace) and his childhood sweetheart Charlotte “Chuck” Charles (Anna Friel). On the other hand, there is Ned’s gift: the ability to touch a dead person and bring them back to life. The catch? If Ned touches the person again, they’re dead for good, and, if he doesn’t, someone else nearby dies. This might not be a problem if his reunion with Chuck hadn’t been as part of Investigating her murder with PI Emerson Cod. Despite the saturated colors and imaginative visuals, a certain amount of glee is evident in the design of the murder victims. As a whole, the short-lived series danced back and forth on the line between cartoony and disturbing. It’s probably the most technicolor RIP around.

Tragic Magic by Harry Leat – With a cover like that, I’d hoped to have a stronger RIPX read. Harry Leat was mostly known as a magic publisher and dealer, and Tragic Magic is a bit of a mixed bag. There’s some poetry, a few stories, a handful of tricks, and a lot of commentary about the magic industry circa 1924, including a lengthy essay on the use of doves in magic acts. One observation: all the illusions that Leat describes have a very strong narrative structure. Actually, it goes beyond that. What he describes are staged vignettes that don’t really rely on the magician’s persona. They’re more like one act plays that involve magic tricks.