While not the most accurate or realistic magic movie ever, Now You See Me was a lot of fun. Wise or not, I’m looking forward to part 2 in the series:

(Although I would think that they could come up with a better naming convention. Would people not get it if they called it Now You Don’t?) 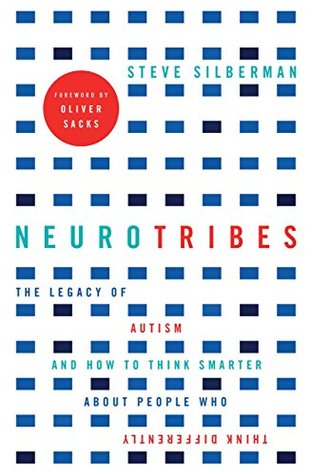 November has been a very slow reading month. I’m still working on The Magician and the Cardsharp by Karl Johnson. I’ve also been checking out audio books from the library. My current choice is Neuro Tribes by Steve Silberman. For fiction, I’m reading Tales from Christmas in the South by Caren Rich and “A Winning Combination” by Brendan DuBois for Deal Me In.

We have entered that time of year when I want to fast-forward to January in order to have all my spreadsheets clean and clear. December is often a goal-setting time for me. My birthday is close enough to the New Year that December always seems like a good time to start starting over. Despite that want for January, I do really enjoy the Christmas season. My tree is up and, bizarre as it may seem, I’m looking forward to dipping into my holiday playlists.

END_OF_DOCUMENT_TOKEN_TO_BE_REPLACED

“The Demon Lover” by Elizabeth Bowen

Card picked: A King
From: A Women in Horror 2014 post by Paula Cappa

Thoughts: A little late with this Deal Me In extra. I blame November.

Kathleen, a woman in her mid 40s, married with children, visits her house in the city to gather some of her family’s belongings. The year is 1941 and her family has moved temporarily to the country to avoid the London blitz. She finds a letter on the hall table from a mysterious correspondent.

You will not have forgotten that today is our anniversary … I shall rely on you to keep your promise. … You may expect me, therefore, at the arranged hour.

Kathleen recalls her first engagement, twenty-five years earlier, to a soldier about to go off to war–then the first World War. Just a young girl of 19, she promised herself in marriage based on feelings that weren’t quite love. Her fiance is reported missing, presumed dead, several months later. While she is affected by his death for some months, she recovers and later marries another man.

Surely, this letter couldn’t have something to do with her first fiance?

Elizabeth Bowen is another in a very long line of female authors that I’m totally ignorant of, but am quite interested in. This tale begins with the domestic, the house eerily closed up, moves on to a story that I’d bet Kathleen’s husband doesn’t know about, and ends with Kathleen’s visitor. It’s a tight, provocative five pages.

“The Case of the Nazi Canary” by Michael Moorcock

Thoughts: This “short” story was on the long side and caught me on the wrong week. Therefore, this is a little late.

I’m not too familiar with Moorcock despite his being a founding father of the sword and sorcery genre. This story is not part of that genre. Instead, it is one of a series involving “metatemporal” detectives  Sir Seaton Begg and Dr. Taffy Sinclair. Metatemporal would seem to refer to Moorcock’s propensity to drop these characters into whatever time period or setting he wants. (This isn’t evident to someone whose only experience is this story. I kept waiting for something timey-wimey to happen…) In the case of “The Case of the Nazi Canary,” Begg and Sinclair are sent to investigate the death of Adolph Hitler’s half-niece, Geli Raubal, in an alternate history Nazi Germany.

Hitler is the prime suspect, though Geli’s death is initially called a suicide. It’s rumored that his relationship with Geli was not entirely familial and he was possessive enough of her to forbid her leaving to Vienna. (This is all based on historical fact. Geli Raubal, Hitler’s half-niece died by a self-inflicted shot to the lung, which seems to be an odd method of committing suicide.) Begg and Sinclair are charged with, incongruously, clearing Hitler’s name.

“The Case of the Nazi Canary” is sort of a detective story parody. Begg and Sinclair investigate all the leads, interview all the suspects, and then, of course, are led back to the crime scene by Begg’s arch-nemesis to find the only real clue in the case. It was entertaining, but felt a little forced.

Magic Monday is back, but I’m a little off my video game. Instead, here are a few links:

Dean Carnegie has a piece on the history of the Dancing Handkerchief. I’m always intrigued by the history of “small” magic tricks and how they are used in various acts.

Writer  Richard Worth and artist Jordan Collver of Water Closet Press are creating a graphic nonfiction work about the friendship between Harry Houdini and Arthur Conan Doyle. They have a sample mini-comic for A Certain Symmetry.

Finally, Neil Tobin recently opened a show in Chicago called Palace of the Occult. Billed at the most sensational event of 1933, Tobin takes on the persona of Erik Jan Hanussen, a Jewish clairvoyant and publicist who gained influence in the Nazi party. Haunssen’s story is an interesting bit of history and a portion of the show’s proceeds will benefit the Illinois Holocaust Museum & Education Center.

Keeping with Nonfiction November (unofficial), I picked from my shelf The Magician and the Cardsharp by Karl Johnson. Eric read it a while back and liked it.

I will also be reading “Up the Mountain Coming Down Slowly” by David Eggers and “The Demon Lover” by Elizabeth Bowen.

I should have a Deal Me In catch-up post tomorrow and a Lunar Extra as well.

Also, 2016 is going to be the last year for the TBR Triple Dog Dare at James Reads Books. Need to work on your TBR stack(s)? I dare you to sign up and read only books you already own from January to April 2016.

I’ve more or less bailed on NaNoWriMo, which is okay. I got out of it what I wanted: a couple weeks of free writing on various aspects of the One Ahead series. That said, it wasn’t a very good week. Lots of anxiety.

Time to rework my goals and head forward.

END_OF_DOCUMENT_TOKEN_TO_BE_REPLACED

Thoughts: The unjust murder of two Indians by racist cops sets in motion the return of the 7th Cavalry from the grave. On the night of the murders, FBI Agent Edgar Smith dreams of the Battle of Little Big Horn and of Custers’ death at the hands of a Cheyenne woman. This gives Smith a sort of psychic connection to the victims and survivors of the 7th’s rampage.

I’m not entirely sure what to make of this story. Alexie does not provide the symmetry I expect from a revenge tale. The inciting event leads to the zombie 7th killing, well, everyone in their path. And maybe *that* is Alexie’s point. The violence is only going to breed violence. Or maybe that’s the message I want to see in it today. The ending is left pretty open. Smith realizes how the 7th might be stopped (by appealing to their training as soldiers), but an FBI guy who is seeing visions isn’t exactly seen as a reliable source of information.