I enjoy the holidays. While I’m usually embroiled in a TBR list, I like to fit in a couple of short seasonal works.

Tales from Christmas in the South by Caren Rich 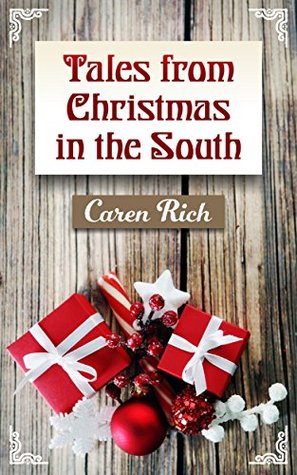 Tales from Christmas in the South, is a collection of three short stories. Enjoy laughter, tears, and the magic of Christmas in one volume.

Including the never before published, “Miniature Desires.” Spinster Ms. Stallworth has a hard time with the modern world. Bombarded with tacky blowup Santas and inconsiderate children, she dreams of being part of the Christmas village she displays each holiday season.

“The Christmas Gift” is a bittersweet Christian short story of love and loss. Laurel faces the first Christmas without her husband. In her search for decorations she discovers a gift left by her deceased husband.

What holiday season is complete without fruitcake? “The Fruitcake” is a humorous short story about the dreaded holiday classic. Retirement’s not what Robert expected. His wife feeds him twigs and is afraid of mailbox bombs. If that’s not enough, a fruitcake shows up on his doorstep. Fruitcakes may be a Southern tradition, but it’s one Robert can do without. Find out how he deals with the holiday classic. (via Goodreads)

I will recuse myself, Caren Rich is a fellow ROW80-er. I’m happy to report that this is a trio of nicely crafted short stories.

“Miniature Desires”: Poor Ms. Stallworth. She just wants life to be quiet and neat and classy. And she just might get her Christmas wish. I wasn’t expecting a twist in these Southern tales, but I certainly wasn’t unhappy about it.

“The Christmas Gift”: Christmas can be hard after the loss of a loved one, and, especially, if that person was your other half. Laurel isn’t sure how she’s going to make it without John, but maybe he’s still with her in some way. This could have been maudlin and overly sentimental tale, but Rich keeps Laurel’s feelings realistic.

“The Fruitcake”: Personally, I love fruitcake. I would love to be on the receiving end of a couple! But Robert? Not so much. He enlists his grandson, Seth, and together they do a little merry mischief. Definitely a fun story. 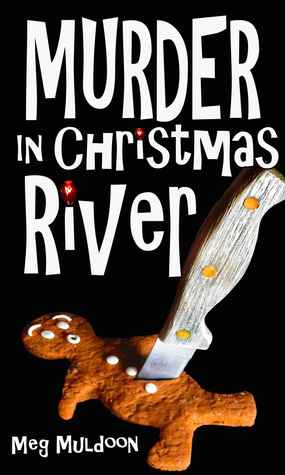 Every year at Christmas River’s annual Gingerbread Junction Competition, pie baker extraordinaire Cinnamon aims to win, taking down any competitor who gets in her way. But when she finds a dead body in the woods behind her pie shop just days before the big competition, Cinnamon realizes that there’s much more to worry about than cookies, frosting, and gumdrops.

Someone’s out to bring Cinnamon down. And they’re playing dirty.
Only Cinnamon and a mysterious stranger who walks into her life one snowy evening can figure out the mystery.

But can they solve it before Cinnamon’s chances of gingerbread competition glory crumble? (via Goodreads)

I didn’t care for this book. It’s been a while since I’ve written a grumpy review, so a quick cilantro and werewolf check: Is this book in a genre I generally don’t care for, and/or did I have expectations of this book that were not reasonable?

On Amazon, this book is labeled as part of the Christmas River Cozy series. Currently, I’m a bit interested in cozies. I’ve enjoyed John Gaspard’s Eli Marks series, but my familiarity with the genre has been minimal. I figured Murder in Christmas River would be a fun way to expand my knowledge base.

Unfortunately, Murder in Christmas River is really light on the murder and detection. I expected Cinnamon to be more of a factor in investigating the crime rather than being a bystander while it’s solved around her. Much of the plot involves Cinnamon moving on from her ex-husband. Even the gingerbread competition is way in the background.

So, I thought this was going to be more of a mystery (not an unreasonable assumption) and it ended up being more of a romance, not one of my preferred genres. As the first of a series, maybe Cinnamon does more detecting in future stories, but there were a couple writing tics that bugged me enough that I won’t be continuing.