The X-Files premiered in the fall of 1993. I was a brand-spanking-new college freshman that year and had, luckily, fell in with a group of fellow speculative fiction fans. To show my utter geekiness, I have fond memories of a Friday night ritual that included a Target/Super Saver run, take-out food, and watching The X-Files and whatever unfortunate show was in the death slot before it. When I moved out of the dorms (with their free basic cable) in 1997, I lost track of most TV shows. Seriously, Lincoln, NE has many great things, but its over-the-air TV reception was utter crap. When I could afford cable again, a couple seasons later, I was totally lost. The over-arching “mythology” of X-Files had gotten the best of me.

In mid-November 2015, I had the chance to binge the series via a free month of Amazon Prime. With the mini-series coming in January, I thought I’d try to get a little caught up. 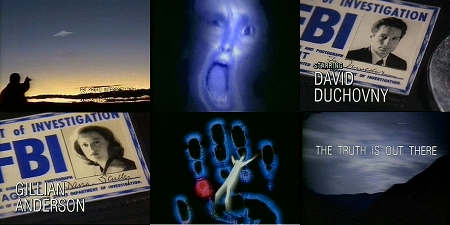 1 thought on “Saturday Cinema ~ The X-Files”