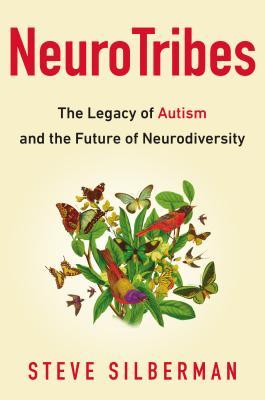 NeuroTribes: The Legacy of Autism and the Future of Neurodiversity
by Steve Silberman, read by William Hughes

What is autism? A lifelong disability, or a naturally occurring form of cognitive difference akin to certain forms of genius? In truth, it is all of these things and more—and the future of our society depends on our understanding it. WIRED reporter Steve Silberman unearths the secret history of autism, long suppressed by the same clinicians who became famous for discovering it, and finds surprising answers to the crucial question of why the number of diagnoses has soared in recent years.

Going back to the earliest days of autism research and chronicling the brave and lonely journey of autistic people and their families through the decades, Silberman provides long-sought solutions to the autism puzzle, while mapping out a path for our society toward a more humane world in which people with learning differences and those who love them have access to the resources they need to live happier, healthier, more secure, and more meaningful lives.

Along the way, he reveals the untold story of Hans Asperger, the father of Asperger’s syndrome, whose “little professors” were targeted by the darkest social-engineering experiment in human history; exposes the covert campaign by child psychiatrist Leo Kanner to suppress knowledge of the autism spectrum for fifty years; and casts light on the growing movement of “neurodiversity” activists seeking respect, support, technological innovation, accommodations in the workplace and in education, and the right to self-determination for those with cognitive differences. (via Goodreads)

This has been a tough “review” to write. It’s probably going to be more of a collection of thoughts, only some of which have to do with the book.

Within the book blogging community, we talk a lot about how important it is to read diversely, but often this doesn’t really extend to neurodiversity. While we want to read about and attempt to understand the experiences of those different from us, reading the works of someone who thinks differently is challenging. Deep down, we still want to relate. We want a way into a character/author and that might be absent. But wouldn’t it be worth it to have that better understanding?

I spent most of the time listening to this book being very angry.

I am surprised, I guess, by my reaction at how children are treated. I’m not a parent. I have no intention of being a parent, so take the following with a grain of salt: it strikes me as deeply unfair that parents should feel they deserve a certain type of child—a “normal” child—and only seek to fix a child that doesn’t match this expectation. Or to only show disappointment in a child that doesn’t meet that expectation.*

It’s hard to hear about kids on the spectrum who aren’t meeting their parent’s expectations in ways that are very parent-oriented. They’re not being cuddly enough, not being talkative enough (or maybe being too talkative). They don’t want to go to a noisy birthday party or a crowded mall to sit on Santa’s knee. They just want to be themselves…except that’s not what their parents want.

I realize there are many forms of autism and raising a child with disruptive tendencies isn’t easy; that it might be almost impossible to understand a child who has a radically different way of thinking. I know I can’t understand how hard that must be. But why do parents seem to go into parenthood only expecting the very best situation?

* Obviously, this is not all parents. There are lots of parents out there doing their best to recognize their children as people.

NeuroTribes is probably the most in-depth history of autism at the moment. The history aspect is important because it informs the way we look at autism today. It shows us just how much of an uphill battle it is to see people on the spectrum not as broken, but as different. We need a shift in the way we think about neurodiversity.