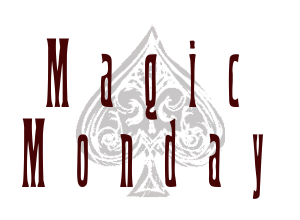 This book was provided to me by Atria Books via NetGalley in exchange for an honest review. 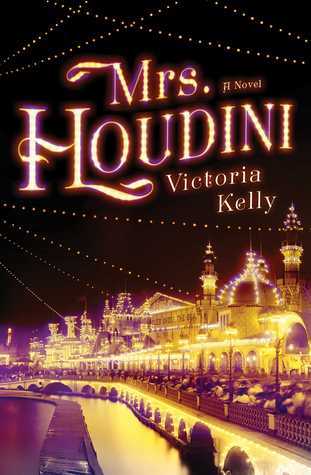 A captivating debut novel, meticulously researched and beautifully imagined, about the passionate marriage of Harry and Bess Houdini—a love story that defied death itself.

Before escape artist Harry Houdini died, he vowed he would find a way to speak to his beloved wife Bess from beyond the grave using a coded message known only to the two of them. When a widowed Bess begins seeing this code in seemingly impossible places, it becomes clear that Harry has an urgent message to convey. Unlocking the puzzle will set Bess on a course back through the pair’s extraordinary romance, which swept the illusionist and his bride from the beaches of Coney Island, to the palaces of Budapest, to the back lots of Hollywood. When the mystery finally leads Bess to the doorstep of a mysterious young photographer, she realizes that her husband’s magic may have been more than just illusion.

In surprising turns that weave through the uncertain days of the dawn of the twentieth century and continue into the dazzling 1920s, Mrs. Houdini is a thrilling tale that will take you deep into the heart of one of history’s greatest love stories—asking what drives people to believe in something bigger than themselves—even as it reveals the famous magician’s most remarkable feat of all. (via Goodreads)

I had to be careful when reading Mrs. Houdini to let it be the book it was and not the book I wanted it to be. I’d love to read a book from the perspective of a magician’s wife/assistant that emphasizes her part in magic performances. One of the things I’ve realized about David and Fannie Abbott is that Fannie knew *everything* and was generally more complicit in his performances than their guests would have realized. Mrs. Houdini isn’t about Bess Houdini’s involvement in Harry’s tricks. I’d also love to read a book that places Houdini more solidly among his peers. On one hand, Harry Houdini did a lot to consolidate magicians in the early 20th century. He also constantly picked fights and feuded with…nearly everyone. Mrs. Houdini is not a book about those relationships either.

Mrs. Houdini alternates between Bess Houdini after Harry’s untimely death, and their evolving relationship, told in chronological order, before his death. The “past” sections hit some of the major beats in Houdini’s career: starting out at Coney Island and struggling in the vaudeville and circus circuits, the cuff escapes and jail breaks that made Houdini famous in Europe, bridge jumps that extended his fame in the US, Houdini’s forays into movie-making, and of course the Houdini’s relationship with Arthur Conan Doyle and spiritualism. I was surprised that the whole investigation of Margery Crandon didn’t get more time, considering that Crandon took a shot at seducing Houdini. But honestly, I felt the best parts of Mrs. Houdini were the chapters that featured Bess after Harry’s death–when the narrative wasn’t burdened by the weight of the magician.

The post-Houdini chapters focus on a woman who has been left behind. Her husband has died, leaving her with a goodly amount of debt and seemingly shackled to his legacy, and she is childless. Bess is an interesting character in a tough situation which provides a lot of room for drama. The book obviously takes a fanciful turn as Bess comes to believe that Harry is leaving her a series of messages in a code that absolutely no one else knew. Not only are there fictional stretches, but also a small slice of absolute fantasy. All in all, the story is not really my thing. It didn’t really elicit in me the poignancy I think it was shooting for.

I have to take umbrage with the blurb’s claim that Mrs. Houdini is meticulously researched. The two books that Kelly mentions in her end note, Harold Kellock’s Houdini: His Life Story and Kalush and Sloman’s The Secret Life of Houdini, are considered by Houdini scholars to be the most controversial. Doubtless, Kelly read more than two books and, obviously, liberties were taken in the name of fiction, but there are some oddities. Like mention of an escape “hanging upside down, from a giant milk jug filled with water” which seems like a mash-up of two separate tricks. Chapter dates for some events (Young’s Pier, meeting Roosevelt, the Doyle seance) seem to have been shifted by a couple years one way or the other, which I don’t think would have mattered in the narrative. It’s possible that these inaccuracies were due to my ARC and were fixed upon publication.