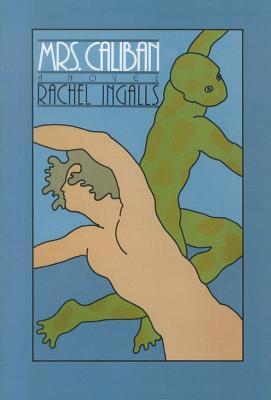 Here is the haunting story of a California housewife’s affair with a “gigantic frog-like creature” who has escaped from a sadistic institute for oceanic research. Ingalls magically portrays their affectionate relationship in this novel hailed by critics everywhere. (via Goodreads)

I would have never heard of this book if not for the Obscure Literary Monsters list, so I suppose it does qualify for obscure. As for the monster part…

Dorothy is a late 70s housewife. Her marriage has fallen apart since the death of her young son and a subsequent miscarriage. She’s fairly sure her husband is having an affair. She could divorce him but, honestly, she’s not sure that it would be worth the trouble. Her best friend Estelle is divorced, juggling two men, and trying to parent her teenage son and 20-something daughter.

While she feels she’s mostly recovered from the grief and depression she suffered after her son’s death, Dorothy’s world isn’t quite right. The young women she meets seem flat and puppet-like. She’s heard special messages on the radio that are meant only for her. And then there’s her super-secret affair with Larry. Larry is a sort of amphibian-man. His head is froggy. His hands and feet are webbed, but just a little. His skin is mottled green and hairless. The rest of him is muscular and, ahem, all male. And despite what the radio news reports about his bloody escape from captivity, Larry is intelligent and attentive. He appreciates all the things that Dorothy does for him. But…is Larry real?

This is definitely a literary novella, not a horror novella. Larry could easily be wish-fulfillment on Dorothy’s part. In addition to the relationship he offers Dorothy, he punishes those who have been wicked and tells of the simple society that he is from where females choose the males and there is total acceptance for the female’s decision. By the end of the story, we see this played out with the humans in Dorothy’s life, but it doesn’t work out as idealistically. The name of the novel obviously refers to the character from The Tempest, the misshapen minion of Prospero, who is resentful of his master, but also bound to him. Dorothy, is both Caliban and the wife of Caliban. 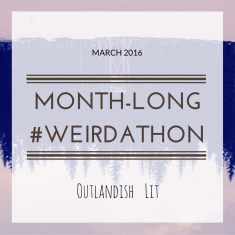