I watched/rewatched a couple of Peril on the Screen eligible movies this past weekend:

Reading “Smee” put me in the mood to watch the quintessential story of people and ghosts. I hadn’t watched The Sixth Sense in a few years and I was reminded of how really well crafted this movie is. It’s slowly and deliberately presented, and all the parts fit together. And, even if you know the twist, there are so many little details that are noticeable on rewatch. This time, I paid attention to the times when Shyamalan uses the viewer’s assumptions of what is going on and what has occurred—to the viewer’s detriment. The only thing we can trust are the images on the screen.

Cinematography Trivia: In addition to working on many of M. Night Shyamalan’s movies and Silence of the Lambs, cinematographer Tak Fujimoto also worked on Ferris Bueller’s Day Off and Pretty in Pink. 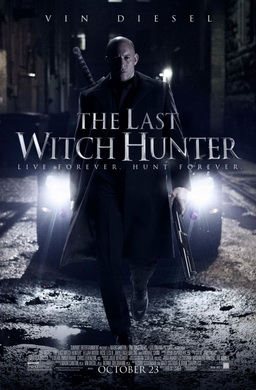 On the other side of the movie coin from The Sixth Sense is a movie like The Last Witch Hunter. I’ll admit, when I first saw the trailer I figured this film was another in a long line of loud, non-stop action, CGI-laden behemoths. But actually, The Last Witch Hunter is fairly well paced with even a little bit of plot. It’s by no means a great film, but it’s was enjoyable. I liked the nature-driven magic effects and Vin Diesel played a refreshingly non-emo immortal.