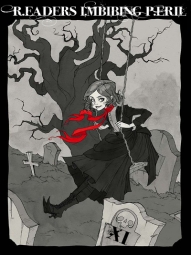 Well, September happened. I had good intentions to read more of my own books, but I got wrapped up in a couple of library books. R.I.P. is going well. I’m only through one novel (of hopefully four), but I’ve been reading quite a few “seasonal” short stories.

I didn’t finish my other library book, American Ghost, although I read about two-thirds of it.

My plan for October is to read R.I.P. books that I already own. But, you know how plans are.