Week 1: (Oct 31-Nov 4) – (Katie) Your Year in Nonfiction: Take a look back at your year of nonfiction and reflect on the following questions – What was your favorite nonfiction read of the year? What nonfiction book have you recommended the most? What is one topic or type of nonfiction you haven’t read enough of yet? What are you hoping to get out of participating in Nonfiction November?

Nonfiction sometimes gets a bad rap from hard-core readers. The perception is that nonfiction is dull and dry and that reading nonfiction doesn’t provide the same “benefits” as fiction reading. To that I say, “Pshaw!” and “False dichotomy!” Nonfiction can be just as entertaining as fiction and as edifying. For me, Nonfiction November is a chance to celebrate the best-of and maybe woo some of those fiction-only types.

So far this year, not quite a third of my reading has been nonfiction. That might be a little light for me, but the last two months have mostly been RIP reading. My top three of the year so far: 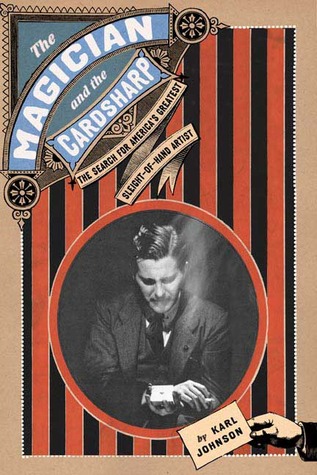 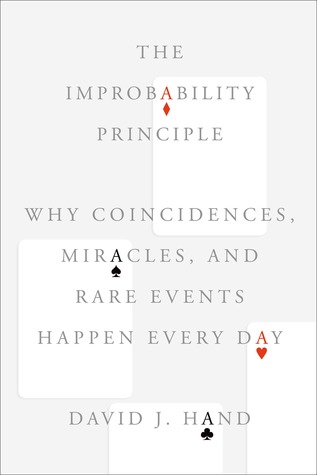 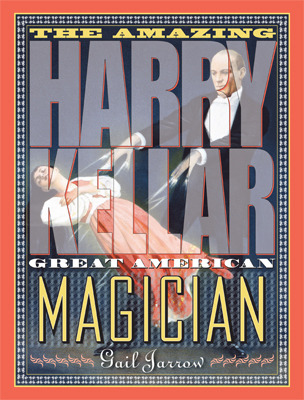 Shocker, two of my favorites have been about magicians:

The Magician and the Cardsharp: The Search for America’s Greatest Sleight-of-Hand Artist by Karl Johnson – Johnson details master card magician Dai Vernon’s search for Allen Kennedy, a gambler known for an undetectable middle deal. This book is not only about a slice of magic history, but about the history of the American mid-west in the 1930s and 1940s.

The Amazing Harry Kellar: Great American Magician by Gail Jarrow – This being a book for children instead of an in-depth biography of a magician from the turn of the 20th century who isn’t Harry Houdini, I was dubious of its seriousness. It’s easy to concentrate on the wiz-bang aspects of a personality rather than the facts. I was happily surprised by The Amazing Harry Kellar. Jarrow gives a great overview of Kellar, warts and all, amid gorgeous reproductions of Kellar’s promotional posters.

The third book is probably the one I would recommend the most:

The Improbability Principle: Why Coincidences, Miracles, and Rare Events Happen Every Day
by David J. Hand – Really big numbers are difficult fully fathom, but very important to how the world works. How is it possible that someone could win the lottery three times? Or be hit by lightning more than twice? Hand breaks down the hows and whys of big number statistics in a very readable way. Trust me, this is math explained in a way that even I can understand.

It was a flat week for me across the board. Which is funny considering how good the week before was. Oh, well. That’s how it goes. The manuscript is badly in need of some rewriting. The last 4K words or so have been sketchy. And, I haven’t been taking good notes/recording details. So, I will start out Week 5 doing a rewrite and try not to lag too far behind in word count land. All the more reason to not engage in some crazy NaNoWriMo plan…*

* Like trying to write 25  2000 word short fiction pieces based on pictures and word prompts. I totally wouldn’t consider doing a nutsy thing like that with a standing goal of 12,500 words on the novel I’m already working on, the usual blog schedule, an attempt to finish a macroeconomics course by the end of the year (with additional reading), the busiest time of year for VOTS going on (including  league finals), and the first holiday that my parents are in-state. I absolutely wouldn’t be *that* crazy.

Research Link of the Week

“Beyond the Wall” by Ambrose Bierce

Thoughts: I’m sorry to say it, but a relentless heat wave has zapped my Halloween spirit. (Tomorrow is supposed to be cooler. A high of only 93F!) My spooky reading has bottomed out. Thank goodness for this Deal Me In pick!

My favorite type of horror is the horror of the unintended consequence. Many supernatural tropes are based on the courting of the occult. Playing with a Ouija board. Chanting “Bloody Mary” into a darkened mirror. Studying non-euclidean geometry. In fiction, all these things are pretty much invitations for angry spirits to come visit. But for me, the more nerve-wracking horror is the sort that fills the world with unknown supernatural missteps. Playing party games. Watching a random video tape. Or flirting with the girl next door.

Who hasn’t let love (or, at least, lust or a crush) make them “be an unspeakable idiot”? I know I’ve had my moments. But what if an innocent act flirtation, knocking on a shared wall, leads to something not entirey sinister, but…unintended? 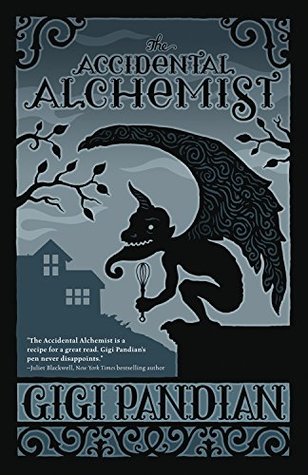 I was trying to find a trick appropriate for the week before Halloween. But instead I found a trick with a duck. I can’t resist magic tricks with ducks.

It’s Monday, What Am I Reading? 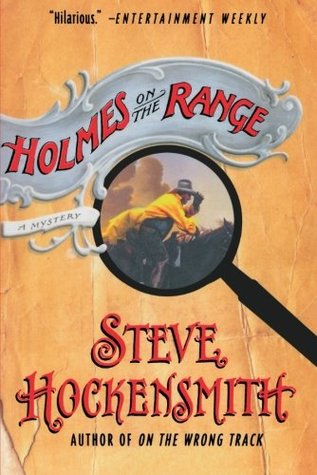 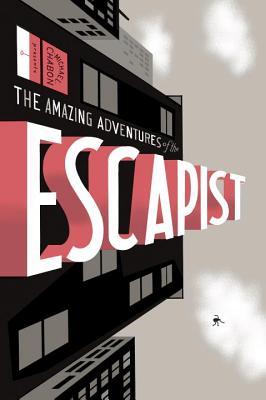 This week I’ll be finishing a couple books I started during the readathon. While Holmes on the Range is definitely and #RIPXI book, it’s not at all spooky. But honestly, with temps here in the 90s, I may not get back into a Halloween mood until Thanksgiving.

I’d like to say I was motivated by wanting Saturday off for the readathon, but really I hit a couple of scenes on Mon-Thurs that came together well. Most of that writing occurred in the morning. Friday was rough. I’ll probably rewrite what I wrote on Friday.

Total added to the manuscript this week: 4,104 words

Research Link of the Week

Usage of the word geas. (Usage over time isn’t really notable to my story. I just found it interesting.)

Didn’t have anything going on other than the quiet of morning (which means traffic, the light rail, birds, and the graffiti team painting over walls) and the usual TV shows.

All the Dewey’s Details