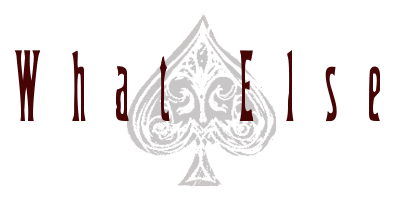 My good stuff this week is more on the personal level than usual.

I attended my first New Year Fest in 2002 (Eric was playing) and played in my first in 2003. In 2008-ish, I switched to playing one day and helping out on the other at “frisbee central” where we sell shirts and discs and have bagels and PB & J for players. The entire event is run by volunteers.

If being involved with VOTS  is like being part of huge extended family (and it is), NYF is a yearly reunion. I’m not a super social person, but it is nice to *see* everyone, to trade hellos and hugs and how’ve-you-beens. Sure, I might see their updates on Facebook, but it’s so much better in person.

It’s also really satisfying to be part of something that people enjoy and appreciate. The college division of the tournament is sanctioned by a national organization, but for everyone else, the stakes are low. Winners get some swag and a discount on next year’s registration. The other 32 teams play ultimate really just for the fun of it. When someone thanks me for being a part of running New Year Fest, “you’re welcome” seems inadequate because it is honestly my pleasure to contribute to someone else’s enjoyment.

I had a pretty weak-sauce writing week. I added 1500 words and rewrote a bit.

Lilah returned with a pen and a pad of paper as well as watch and a large tome that seemed in danger of shedding pages. #1linewed

The anger that had been slowly encircling her heart suddenly tightened and firmly took hold. #FictFri

Played ultimate on Thursday night. Lugged a few banana boxes around on Saturday. Played two games of ultimate on Sunday.

This week, I felt sort of…inert. I lost steam early in the week and never got going again. It’s hard to care about this world right now and not be continuously bruised.