Find out all the details!

Dewey’s 24 Hour Readathon is Saturday, April 29th, starting at 5am for me. My goal is to read as much and as long as I can.

This TBR is overly ambitious, but it offers so many options!

Much of my “pile” overlaps with the Spring into Horror Readathon. I also have a little bit of everything: novels, novellas, short stories, a graphic novel; historical fiction, literary fiction, a classic, horror fiction, nonfiction; physical books and ebooks.

END_OF_DOCUMENT_TOKEN_TO_BE_REPLACED 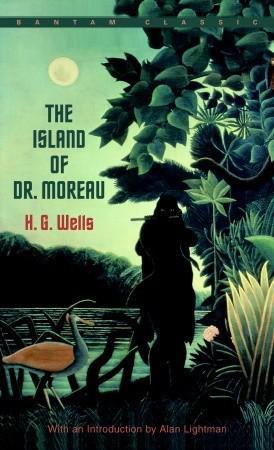 The Island of Dr. Moreau by H. G. Wells

A shipwreck in the South Seas, a palm-tree paradise where a mad doctor conducts vile experiments, animals that become human and then “beastly” in ways they never were before — it’s the stuff of high adventure. It’s also a parable about Darwinian theory, a social satire in the vein of Jonathan Swift (Gulliver’s Travels), and a bloody tale of horror.

As H. G. Wells himself wrote about this story, The Island of Dr. Moreau is an exercise in youthful blasphemy. “Now and then, though I rarely admit it, the universe projects itself towards me in a hideous grimace. It grimaced that time, and I did my best to express my vision of the aimless torture in creation.” (via Goodreads)

Why was I interested in this book?
I’ve been reading my way through H. G. Wells oeuvre. I was going to read The Invisible Man next, but The Island of Dr. Moreau has a more horror reputation and I wanted an extra title for Spring into Horror.

What Didn’t Work
The science is, of course, dated. Changing the gross physiology of an animal cannot make it into a more man-like creature. Likewise, the practice of vivisection was very controversial at the time of the novella’s original publication (1896), but the depictions are perhaps less shocking in our era of PETA disseminated photos of animals in labs. So, what does science fiction with outdated science hold for a modern audience?

What Worked
Wells did believe, on some level, that the novel’s premise might be possible, though probably not in the way the novel depicts. The novel is a spinning what-if that begins in science and tumbles into philosophy. The story is more interested in how beasts might gain humanity (through fear of the law) and how human might lose humanity (through giving in to baser nature). Alas, when the Law is chanted, the refrain is “no escape.”

This Law they were ever repeating, I found, and ever breaking.

In a weird way, The Island of Dr. Moreau reminds me of a twisted version of The Tempest: a castaway ruins the tenuous calm of a genius’s retreat from the world. That work too muses on the nature of humanity.

But, also, The Island of Dr. Moreau has some pretty tense moments. Like many classics, the adaptations really aren’t spoilers for the original. I know I’ve seen the 1996 movie with Marlon Brando and Val Kilmer and probably the 1977 version with Burt Lancaster too*, but I really didn’t know what was going to happen next. I know from the literary frame that Prendick will make it off the island, but like the tagline to another horror classic, what will be left of him? What I enjoy most about Wells is that, yes, he’s presenting a lot of his views of the world in his fiction, but, unlike Swift (see the blurb), he also writes a good story. Preach at me if you want, but entertain me too.

* My running playlist includes House of Pain. Two of the tracks on their first album sample the 1977 movie. “Commercial 2” has been the projected 1.5 mile mark on many of my 3K playlists

Overall
I am three for three with Mr. Wells. Looking forward to The Invisible Man.

Tandy didn't look sick, but Hanna wondered if a dragon in human form knew how to appear ill. #1LineWed

(The #1LineWed today was “curious,” and I have nothing. Wondering is close, right?)

Progress
Not a lot of words since last Wednesday. I did decide to apply a little magic theory to one of the plot problems I was having.

It’s so easy to shove writing aside in favor of other easy things. As I mentioned in my Monday post, I’m adding a time schedule in an effort to not spend the entire day on non-writing tasks. Again, so far, so good, but it’s only been two days.

What is This?
Wicked Witch, Retired is my current writing project. It is the sort-of sequel to a flash story I wrote, “Wicked Witch for Hire,” which is currently available in the anthology Bounded in a Nutshell.

#1lineWed is a Twitter event hosted by @RWAKissofDeath. Every Wednesday writers share a line of their current work-in-progress based on a theme. 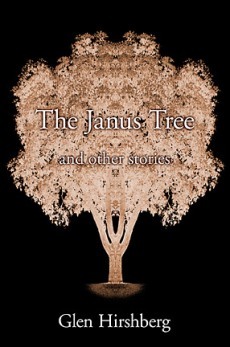 Haven’t gotten much reading done for the Spring into Horror Readathon. Last week was weirdly busy and tiring. I’m planning to finish The Island of Dr. Moreau by H.G. Wells by Thursday and review it then. I’ll read some of Glen Hirshberg’s The Janus Tree and Other Stories until Saturday’s 24-Hour Readathon. I’ll have a separate TBR for that!

Started watching Da Vinci’s Demons a couple weeks ago. This is obviously historical fantasy, accuracy need not apply. I enjoy the way the shows tries to depict Da Vinci’s genius and its effect on those around him—very much akin to Sherlock, but maybe better. Unfortunately, there’s a mystical bent to the plot which I’m not a fan of. We’ll see how the last couple episodes of the first season play out.

Gearing up for a busy week ahead of the readathon on Saturday. I’m going to try to work with a time schedule. Roughly, there are five categories of things I work on each day: writing, reading, blogging, classes, and VOTS stuff. Often, I let one or two of these things take over. Maybe if I set aside specific times for things, especially writing and especially later in the week, I’ll manage to get more done.

“Iron Eyes and the Watered Down World” by Saladin Ahmed

Card picked: 9♣
From: Engraved on the Eye, available for $0 at Amazon!

The Story
With a dual-saber-wielding tough-talking rabbit-woman named Hai Hai, I wish this would have been last week’s story. But, alas, I drew the nine of clubs this week instead. Such is the fickle nature of Deal Me In.

This is mostly a straight-up fantasy tale that feels like it could easily be the upshot of a good table-top gaming session. Zok Iron Eyes is our main character. He’s a tough warrior with an enchanted broadsword. His wife was killed a decade ago by a toad-headed demon and he’s vowed vengeance. He carries one of his wife’s earrings as a token of remembrance. Joining him on his adventures are Hai Hai and Mylovic, a cleric with un-clericly penchants for money and poppy derivatives.

The story is set in motion when the earring is stolen from Zok’s money purse by a young man that seems to be a part of the weak, soft generation that surrounds Zok and his compatriots. There is a little twist to this story which isn’t hard to guess at, but the tale is nicely told, all in all.

END_OF_DOCUMENT_TOKEN_TO_BE_REPLACED

I set up a schedule to actually get an issue read in the two months before the next issue comes out. Genius! *cough*

There were two stories that I particularly enjoyed in this issue:

“The Man Who Put the Bomp” by Richard Chwedyk
According to the introduction to this novella, this is Richard Chwedyk’s fifth “saurs” story. I haven’t read the first four, but here’s what I gather to be the situation thus far: Saurs were genetically engineered to be playthings. Imagine if the plastic dinosaurs you played with as a kid moved around and could be your “Teddy Ruxpin”/”Furby”-like companions. But the saurs turn out to be more than just toys. They are alive. They have intelligence and autonomy. After a era of struggle, they have a kind of freedom, living in small enclaves, watched over by a few caretakers, and besieged by bio-tech corporations that wish to learn their secrets.

This story revolves around one such safe house. The cast of saur characters is confusingly large (really the only neagtive criticism I have about the story). Among them is Axel (an inventor theropod with a traumatic past*), Agnes (a stegosaur who wants to protect the community to a xenophobic degree), Tibor (who believes himself to be the ruler of Tiborea), Bronte (who has recently hatched an egg, even though saurs weren’t supposed to be able to procreate), Preston (author of bestselling thrillers), and the mysterious, mad-scientist sauropod, Geraldine. Geraldine may or may not be behind the appearance of the VOOM!, a bright pink kid-sized car.

“No good ever came from anything pink!”

Ambition is at the heart of this story. Scientists Nicholas Danner, who worked on the saur’s original genetic code, and an up-and-comer Christine Haig are sent to investigate the happens at the saur safe house. Danner must come to terms with what he helped create and Christine must decide whether the saurs are what they say they are. And in the meantime, Axel and Tibor endeavor to go on a tour of Tiborea in the VOOM!

There are shenanigans, hijinks, and a lot of humor.

* Have you seen the videos of things people do to Furbies?

Art Pancakes is a mobster. Emily Olson is a private eye. And Daisy is a missing octopus.

Octopuses are weird critters. They seem to be more intelligent than most animals and they are quite alien, alien in the sense of otherness. This story is very lightly science fiction and probably just fantasy. I’ll be honest, I saw a few of the plot points from far out, but that didn’t make this story any less good.

"The Revenant is his spirit, I suppose. So, yes, a ghost. One angry enough to remain on this earth until it achieves peace." #1linewed

Progress
Eric and I have been talking about motivation and what intrinsic roadblocks I seem to have. Word count goals don’t seem to work for me, really, so I’m trying out a system of setting an amount of time I want to work and what scene/plot things I want to work on. So far, so good, but it’s only been two days…

I’ve added a smidge over 2000 words to Wicked Witch, Retired since last Wednesday. I finished one scene, added a second that I hadn’t anticipated.

What is This?
Wicked Witch, Retired is my current writing project. It is the sort-of sequel to a flash story I wrote, “Wicked Witch for Hire,” which is currently available in the anthology Bounded in a Nutshell.

#1lineWed is a Twitter event hosted by @RWAKissofDeath. Every Wednesday writers share a line of their current work-in-progress based on a theme.