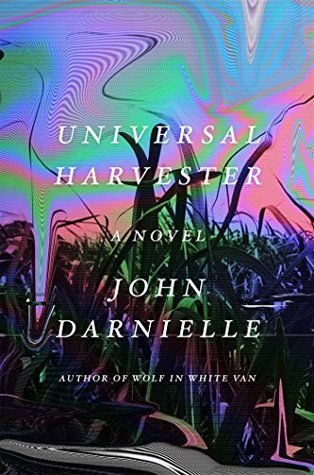 Jeremy works at the Video Hut in Nevada, Iowa—a small town in the center of the state, the first “a” in Nevada pronounced “ay.” This is the late 1990s, and while the Hollywood Video in Ames poses an existential threat to Video Hut, there are still regular customers, a rush in the late afternoon. It’s good enough for Jeremy: It’s a job, quiet and predictable, and it gets him out of the house, where he lives with his dad and where they both try to avoid missing Mom, who died six years ago in a car wreck.

But when a local schoolteacher comes in to return her copy of Targets—an old movie, starring Boris Karloff, one Jeremy himself had ordered for the store—she has an odd complaint: “There’s something on it,” she says, but doesn’t elaborate. Two days later, a different customer returns She’s All That, a new release, and complains that there’s something wrong with it: “There’s another movie on this tape.”

Jeremy doesn’t want to be curious. But he takes a look and, indeed, in the middle of the movie the screen blinks dark for a moment and She’s All That is replaced by a black-and-white scene, shot in a barn, with only the faint sounds of someone breathing. Four minutes later, She’s All That is back. But there is something profoundly unsettling about that scene; Jeremy’s compelled to watch it three or four times. The scenes recorded onto Targets are similar, undoubtedly created by the same hand. Creepy. And the barn looks much like a barn just outside of town.

There will be no ignoring the disturbing scenes on the videos. And all of a sudden, what had once been the placid, regular old Iowa fields and farmhouses now feels haunted and threatening, imbued with loss and instability and profound foreboding. For Jeremy, and all those around him, life will never be the same . . . (via Goodreads)

Why was I interested in this book?
Was cruising the horror section at the elibrary and was attracted by the cornstalks. Iowa? Creepy videos? These were both selling points (or rather borrowing points).

What Worked
Iowa and creepy videos were also the best things about Universal Harvester. This is a book with a very strong sense of setting (small rural towns) and a good peg on the people who live in them. There is a certain biographical short hand that can be given to each other, if you live in a state like Iowa or Nebraska (where I’m from), based on where you live. To live in Ames or Des Moines or Omaha is different from living in Nevada, Cresent, or Giltner. But you might know someone who moved to the “big city” or maybe your college roommate was from a farming town, so you suddenly have connectedness to those people and those places.

Part one of this book is about that dynamic and the very unsettling videos that Jeremy finds. For a while, we’re not given too many details about the videos except that they really throw Jeremy, and other characters, for a loop. Are they stuff films? Something Blair Witch-y? A deadly VHS video curse that needs to be passed on? The cover blurb (and, well, the title of the book) seems to imply some sort of cosmic horror. The point of view of the story is a very removed first person omniscient with a narrator who occasionally comments, somewhat intimately, on the events in the story, but doesn’t seem to be a character in the story. It is rather disconcerting.

What Didn’t Work…
Everything that wasn’t Iowa or creepy videos. The last two-thirds of the book somewhat explains what’s going on…somewhat. We flash back a generation for the history of a character that we have barely met and follow through her personal tragedies which in some ways mirror the tragedies in other character’s lives (notably, the loss of mothers). There was some level of menace to this, but mostly it was fairly unremarkable in comparison to the first third of the book.

Overall
The through line of the plot doesn’t quite work for me. Despite the long character histories, there are really very few answers given about what happened—why the videos were made, why people chose to participate in them, why they were spliced into random VHS tapes. Any conclusions I came to are nebulous. I’d say, if you’re looking for a literary novel that has a slight tinge of horror to it, this might be for you. I was really expecting something different.