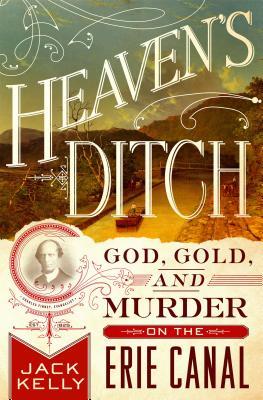 Heaven’s Ditch: God, Gold, and Murder on the Erie Canal by Jack Kelly

The technological marvel of its age, the Erie Canal grew out of a sudden fit of inspiration. Proponents didn’t just dream; they built a 360-mile waterway entirely by hand and largely through wilderness. As excitement crackled down its length, the canal became the scene of the most striking outburst of imagination in American history. Zealots invented new religions and new modes of living. The Erie Canal made New York the financial capital of America and brought the modern world crashing into the frontier. Men and women saw God face to face, gained and lost fortunes, and reveled in a period of intense spiritual creativity.

Heaven’s Ditch by Jack Kelly illuminates the spiritual and political upheavals along this “psychic highway” from its opening in 1825 through 1844. “Wage slave” Sam Patch became America’s first celebrity daredevil. William Miller envisioned the apocalypse. Farm boy Joseph Smith gave birth to Mormonism, a new and distinctly American religion. Along the way, the reader encounters America’s very first “crime of the century,” a treasure hunt, searing acts of violence, a visionary cross-dresser, and a panoply of fanatics, mystics, and hoaxers. (via Goodreads)

Why was I interested in this book?
I won this book from Doing Dewey almost two years ago! It falls firmly into the category of “I know nothing about this…let’s read a book about it!”

What Worked
There are many story threads in this book. I found each of them really interesting and learned a lot. The Erie Canal. The Masons. The Mormons. Millerism. Rivivalism. Abolitionism. Honestly, I probably knew the most about the history of the Mormons, but that isn’t saying much. It’s really amazing how many concepts in American religion—and American politics—came into being in this area during this time period.

What Didn’t Work
There are many story threads in this book… The organization of how they were interwoven didn’t always work for me. Granted, this is probably the most difficult thing to do well in this sort of nonfiction book.

I also really wish there would have been more about building the canal. In the early 1800s, a 363 mile was a marvel of human engineering. I’m kind of a sucker for people building amazing things. There was a lot of heaven but not enough ditch for me.

Overall
Each of the individual narratives were compelling, though my reading was slowed down by shifting gears when the “scene” changed. Good history though! 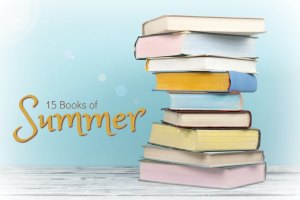