This book was provided to me by the author (and NetGalley) for review consideration. 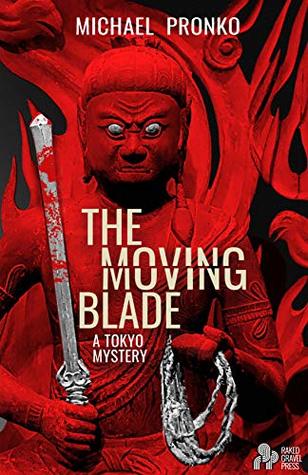 The Moving Blade by Michael Pronko

When the top American diplomat in Tokyo, Bernard Mattson, is killed, he leaves more than a lifetime of successful Japan-American negotiations. He leaves a missing manuscript, boxes of research, a lost keynote speech and a tangled web of relations.

When his alluring daughter, Jamie, returns from America wanting answers, finding only threats, Detective Hiroshi Shimizu is dragged from the safe confines of his office into the street-level realities of Pacific Rim politics.

With help from ex-sumo wrestler Sakaguchi, Hiroshi searches for the killer from back alley bars to government offices, through anti-nuke protests to military conspiracies. When two more bodies turn up, Hiroshi must choose between desire and duty, violence or procedure, before the killer silences his next victim. (via Goodreads)

Why was I interested in this book?
This is the second book in the Detective Hiroshi series.  I read the first book The Last Train in May of 2017 and enjoyed it. The Moving Blade picks up in the aftermath of the first, but a new reader wouldn’t be lost picking up this book.

A moving blade is unseen, hidden in the blur of motion, felt but not perceived.

What Worked
While Pronko’s Tokyo is still very vivid, I enjoyed the characters more than the setting this time around. I really like that Hiroshi’s forte is sorting through data. It’s office-bound work that doesn’t get a lot of play in detective novels for maybe obvious reasons. Here, though, it works narratively. Hiroshi is always trying to balance his preferred work with the necessity of leaving the office. My two favorite supporting characters from the first book—ex-sumo Sakaguchi and assistant Akiko—are both given expanded roles because one man can’t do everything. The slightly beyond-the-law Takamatsu, who annoyed me a little in The Last Train, has been suspended from the police force, and given a lesser role which probably works better for the character.

Something that is possibly endearing to only me: the characters eat often. Characters meet and talk at bars and restaurants, which people do. To recuse myself, I probably have an affinity for this because it’s something characters do in my writings.

The plot held together really well. While The Moving Blade goes bigger in terms of socio-politics, it’s still at heart a murder mystery. The story never loses sight of that. I enjoyed the bigger scope without this becoming an out-and-out thriller.

What Didn’t Work
I had a couple minor quibbles (like a porter on a train not smelling and being suspicious of a man who had been pepper sprayed), but one major one. At a couple times during the story, characters turn off cellphones or do not return messages…for reasons. These instances aren’t entirely used to drive plot (thank goodness), but they are obstacles that could easily be avoided and therefore kind of chafe. The reasons given later for the behaviors are okay, but we’re in the middle of a murder investigation—return your calls!

Overall
Despite the above, I really enjoyed The Moving Blade. Pronko again brought Tokyo (at least a version of it) to life for me and peopled it with good characters doing interesting things. That’s pretty much a trifecta for me. 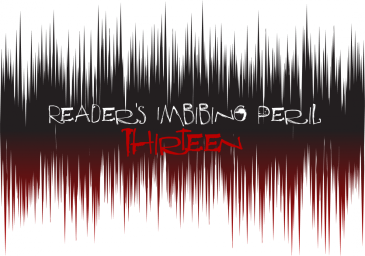 2 thoughts on “Review ~ The Moving Blade”