This book was provided to me by Macmillan-Tor/Forge via NetGalley for review consideration. 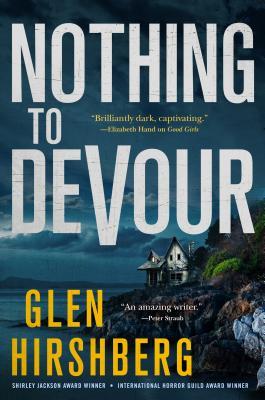 Nothing to Devour by Glen Hirshberg

Librarian Emilia is alone in a library that is soon to close its doors forever. Alone save for one last patron, his head completely swathed in bandages, his hands gloved, not one inch of skin exposed. Emilia feels sorry for him–like her, he is always alone.

Today, he sees, really sees, Emilia.
What he does to her then is unspeakable.

Thousands of miles away, another victim rises—a dead woman who still lives. Sophie is determined to protect the people she loves best in the world—but she is a monster.

Vampires can’t be trusted.
Even if they love you.

Aunt Sally loved all the monsters she’d created in the hundreds of years since she died and rose again. She loved her home in the bayou. When her existence was exposed to the human world, she didn’t hesitate to destroy her home, and her offspring, to save herself. Herself, and one special girl, Aunt Sally’s last chance to be a perfect mother.

These people are drawn together from across the United States, bound by love and hatred, by the desire for reunification and for revenge.

In their own ways, they are all monsters.
Some deserve to live.
Some do not. (via Goodreads)

Why was I interested in this book?
Glen Hirshberg is currently my favorite horror author.

What Worked
One of the strong points of Anne Rice’s Interview with the Vampire was its themes of family set among a group of monsters. That novel (and its sequels) only barely scratches the surface in comparison to Glen Hirshberg’s Motherless Children trilogy, which concludes with Nothing to Devour. As a Gen X writer, it’s not surprising that Hirshberg begins with a base of found family on which to build his monsters.

In the aftermath of Good Girls (book 2), Jess flees with  her grandson and the remaining survivors, including orphan Rebecca, to a remote island in the Pacific northwest. What she establishes isn’t quite family, but it’s all she, and they, have. Their relationships are a contrast to Emily’s strong family ties, though she is trying to grow-up and away from her parents. That’s before her “Invisible Man” intervenes.

Don’t misunderstand, this trilogy isn’t all family drama. Not in the least. Hirshberg doesn’t shy away from shock and gore. He just makes sure you care about the characters first.

What Didn’t Work
I really wish I would have reread Motherless Child and Good Girls leading up to Nothing to Devour. This *is* the final book in a trilogy. It doesn’t stand alone and its cast is large enough that I didn’t entirely remember who was who at the beginning of the book.

I also still maintain that Hirshberg does his best, most unsettling, work in shorter forms. While these novels are solidly horror, they lack the gnawing chills of stories like “Struwwelpeter” or “Mr. Dark’s Carnival” (from his collection The Two Sams). 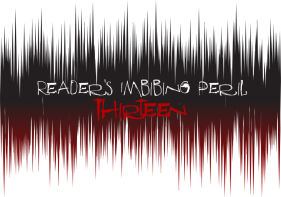