For a while, I’ve been considering pivoting to a Sunday post. I’m usually in a more reflective mood on Sunday because that’s when I plan out my week. So, it makes more sense for me to do this kind of post  on Sundays. I’m also going to roll Deal Me In into my Sunday Salon. Lately, I’ve just had less to say about short stories.

For Deal Me In this week, I pulled 10♣: “No Bath for the Browns” by Margot Bennett from Alfred Hitchcock’s Stories Not for the Nervous. Margot Bennett was crime/mystery a novelist and screenwriter. This slight three-page tale tells of the Browns who take out a ten year lease on a London fixer-upper. Mr. Smith, the previous tenant, disappeared abruptly leaving a rather curious bathroom project unfinished. It seems he moved the bathtub to the bottom of the stairs. And also the house has an odd smell. But everything is absolutely fine…

I’m really bad about sticking to a to-be-read list. Actually, I did pretty well last year, but it seems that any discipline I had was completely used up. This year has been completely wild and wahoo. What book have I picked up to follow I’ll Be Gone in the Dark during this #SpringIntoHorror month? Love and Mr. Lewisham, one of H. G. Wells’ non-genre works. 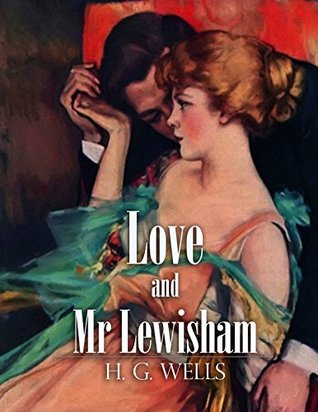 There is an explanation for this reading choice. I discovered last week that CW Seed streaming service had the remaining episodes of Time After Time.

Time After Time is not a great show. It’s plot is a bit of a mess and the writers seemed to have no notion of bodily harm or, well, time travel. But it does have very appealing leads, a great cast of supporting characters, and a surprising amount of nods to Wells’ body of work. The show only lasted five episodes on TV, but the whole first season lives on via the internet.

Writing: I’m at the point with Deal with the Devil where I’m fairly sure my characters are the most boring to ever grace a page. Needless to say, April hasn’t been a bang-up writing month.

Ultimate Frisbee: My league team is doing alright. We’re all very chill and capable; the kind of team I like. We have another 4 weeks left to the season, but for some reason I decided it was time to get the finals bracket worked out for the website.

Spring/Early Summer Cleaning: I’m intending to give the apartment a good mucking out over the next couple months. I did the bedroom the week before last and started on the kitchen last week. More kitchen this week.