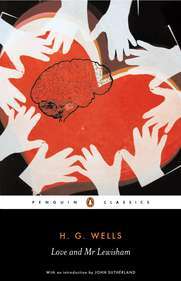 Young, impoverished and ambitious, science student Mr Lewisham is locked in a struggle to further himself through academic achievement. But when his former sweetheart, Ethel Henderson, re-enters his life his strictly regimented existence is thrown into chaos by the resurgence of old passion. Driven by overwhelming desire, he pursues Ethel passionately, only to find that while she returns his love she also hides a dark secret. For she is involved in a plot of trickery that goes against his firmest beliefs, working as an assistant to her stepfather—a cynical charlatan ‘mystic’ who earns his living by deluding the weak-willed with sly trickery. (via Goodreads)

Currently, I’ve been reading Life Moves Pretty Fast by Hadley Freeman, a nonfiction book about movies made in the 1980s. In the chapter about Ferris Bueller’s Day Off, Hadley makes a point that one of the things that makes John Hughes teen movies special is that they are some of the few movies that address class in America. Indeed, class seems to be something that’s difficult for Americans to talk about. We’re above all that here in the US, right? Anyone can be anything, right? Yeah, well, probably not.

Of course, H. G. Wells isn’t American and Love and Mr. Lewisham isn’t set in the States, but the issues of class in this novel are just as relevant. Lewisham chooses love over practicality. He’s not rich enough to support Ethel while he finishes his education. In effect, he marries down in an effort to help her rise above her station. (He saves her from having to work for her stepfather who runs a mediumship scam, which is why this story originally piqued my curiosity.)  Lewisham and Ethel’s relationship almost doesn’t survive. Honestly, not a lot happens in this book. It doesn’t matter to me; I really enjoy Wells’ writing style. 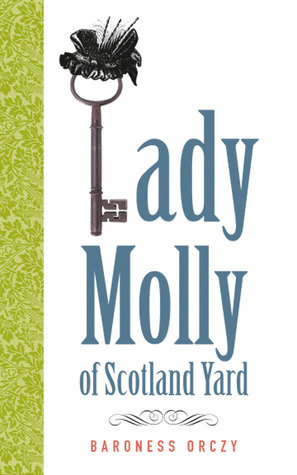 Mystery readers and fans of detective fiction and the police procedural are in for a real treat with these twelve interlaced stoires featuring Lady Molly, head of the Female Department at Scotland Yard in and around 1910. Lady Molly is an ace sleuth and the Police Chief’s secret weapon when faced with perplexing and unsolvable cases.(via Goodreads)

I was listening to a podcast a while back (and I don’t remember the name of it because my usual podcast app tanked) and it mentioned that Baroness Orczy, of The Scarlet Pimpernel fame, also wrote some mystery stories featuring a female detective. Right up my alley!

These stories are definitely a response to Sherlock Holmes. Lady Molly has an extraordinary intellect and is assisted by a devoted “normal” person, Mary, who writes about the cases. Lady Molly isn’t a consulting detective. Notably, she works for Scotland Yard, but it seems that she’s mostly called upon when the male workforce is stumped. She then uses her feminine intuition and social savvy to solve cases. Refreshingly, most of the cases do have a sort of female twist to them. They’re not necessarily about domestic problems but they’re more concerned with marriages and property.

Sadly though, the problem with using “intuition” to solve cases is that, narratively, it looks like really good guessing. The reader isn’t given enough information to solve along with the story. (At least I didn’t find this to be the case. It could be argued that I lack a lot of feminine anything.) It isn’t really until the last story in this collection that Lady Molly looks even remotely fallible, and that story is the most satisfying of the bunch.