This issue of The Black Cat features five writers new to magazine—unless there are some pseudonyms among the bunch. We’d have to go back to issue 6, in March, to find the previous issue of “newbie” writers.

“On the Last Trail” by H. W. Phillips & Rupert Hughes

The local marshal of Rapid City, a frontier town, forbids the possession of guns within town limits (due to the high death rate). This does not go over well—many of the town’s citizens become paranoid about being unarmed when someone *with* a gun comes to town. Bolande is that man. He’s friends with the Marshal, but that doesn’t make any difference. When Bolande refuses to give up his weapon, the Marshal calls him out. They duel, each shooting and mortally wounding the other. But before they die they agree that they’re still friends.

The story ends with “They were Americans… Of such were the builders of the West.” And I really can’t decide if this story is satirical or not.

While H. W. Phillips is noted in a 1908 issue of The New England Magazine as a writer magazine readers are familiar with, I couldn’t find any other credits. Rupert Hughes was a novelist and early filmmaker.

“A Message from Where?” by L. Francis Bishop

A locked trunk in the attic, a gravestone with his name on it, and lovers kept apart by the Civil War. This story was my favorite of the month due to its gloomy Southern Gothic nature. Mostly, it’s just a tale of a young boy discovering the truth of his history, of learning that the people around him all had lives before he was born.

“The Man with the Box” by George W. Tripp

“The Man with the Box” is science fiction-ish story. The box in question, when calibrated and pointed at someone, will make the target believe he is drinking a chosen beverage rather than a mundane one. For example, if the target were to choose Guinness ale from the dial on the box and then point and fire the box at himself, he’d taste Guinness when drinking a glass of water. But there is also a weird “snake” setting on the box… Shenanigans ensue. I also found this story interesting for its use of kodak and kodakist (in lower case form), presumably to denote the fad of photography and those annoyingly obsessed with it.

The only George W. Tripp I was able to locate with Google died as a high priest in the Church of Latter-day Saints. Same guy? Seems odd, but possible.

“What the Moon Saw” by Isabelle Meredith

This is the second sort-of creepy story in this month’s edition. Ned French has bet a large amount of money that Albert Turn will not at midnight pound a nail into the coffin of a recently buried man. The narrator of this story comes upon them as Turner is about to be lowered into the opened grave (dug up by servants), nails in hand. Not surprisingly, things don’t go well.

Jack Harrold returns after many years to the small town that was his childhood home. Many things have changed, and many things haven’t. He finds the initials he carved into a tree when he was a teenager: “J. H. + M. R.” It takes him a while(!) but he finally remembers who M. R. is—a.k.a. Polly—and how much he loved her(!). As luck would have it, Polly still lives in town and is single. And Jack’s still single too!

Ellen Frizzell Wycoff has a few other short story credits and may even show up again in the Black Cat. 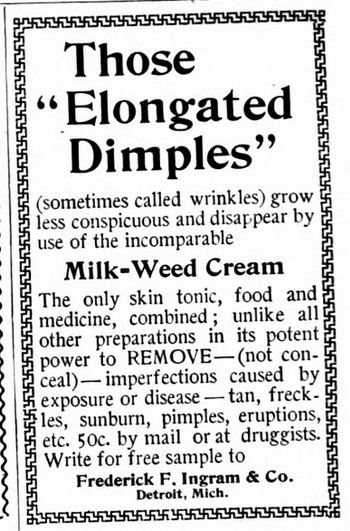 Or find out
More about the Black Cat Project