Took a couple of #RIPXIV / #somethingWickedFall books back to the library today: 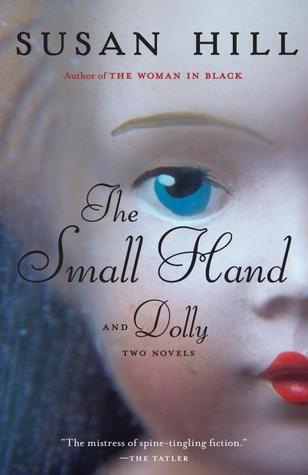 The Small Hand and Dolly by Susan Hill

Two chilling ghost stories from the author of The Woman in Black, both set in crumbling English houses that are haunted by the spirits of thwarted children.

In The Small Hand, antiquarian bookseller Adam Snow is returning from a client visit when he takes a wrong turn and stumbles across a derelict Edwardian house with a lush, overgrown garden. Approaching the door, he is startled to feel the unmistakable sensation of a small cold hand creeping into his own, almost as though a child had taken hold of it. Plagued by nightmares, he returns with the intention of figuring out its mysteries, only to be troubled by further, increasingly sinister visits. In Dolly, orphan Edward Cayley is sent to spend the summer with his forbidding Aunt Kestrel at Iyot House, her decaying home in the damp, lonely fens. With him is his spoiled, spiteful cousin, Leonora. And when Leonora’s birthday wish for a beautiful doll is denied, she unleashes a furious rage which will haunt Edward for years afterward. (via Goodreads)

Read both The Small Hand and Dolly. I enjoyed them well enough, but really don’t have too much to say about them. Neither was as good as the other Susan Hill book I’ve read, The Woman in Black, but that *is* considered a ghost story classic. I probably liked Dolly better because The Small Hand felt a little padded out. Still, some nice reading for autumn nights. 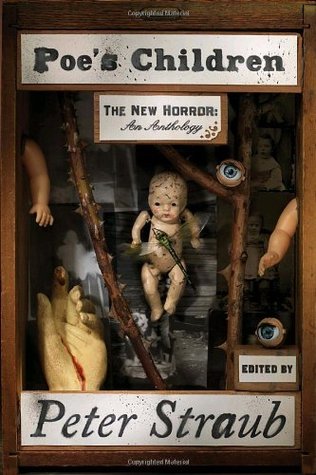 From the incomparable master of horror and suspense comes an electrifying collection of contemporary literary horror, with stories from twenty-five writers representing today’s most talented voices in the genre.

Horror writing is usually associated with formulaic gore, but New Wave horror writers have more in common with the wildly inventive, evocative spookiness of Edgar Allan Poe than with the sometimes-predictable hallmarks of their peers. Showcasing this cutting-edge talent, Poe’s Children now brings the best of the genre’s stories to a wider audience. (via Goodreads)

I find it funny that a this anthology of “new” fiction is over 10 years old at this point… It’s my habit when I go to the library to pluck a couple books from shelves, give some a 10-page test, and maybe read a short story from a random anthology. A few weeks back I picked up Poe’s Children and started reading “Notes on the Writing of a Horror Story” by Thomas Ligotti, since I hadn’t read any Ligotti before. Unfortunately, it was a too long to finish at the library. So, I took it home. I meant to read a few more of the stories, but I only fit in one more. “Notes on the Writing of a Horror Story” was clever with an excellently twisted ending. The other story I read was “The Bees” by Dan Chaon. The setting was great but I thought the ending was a little flat.