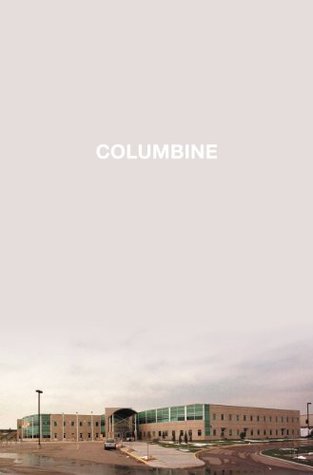 EXPANDED WITH A NEW EPILOGUE “The tragedies keep coming. As we reel from the latest horror . . . ” So begins a new epilogue, illustrating how Columbine became the template for nearly two decades of “spectacle murders.” It is a false script, seized upon by a generation of new killers. In the wake of Newtown, Aurora, and Virginia Tech, the imperative to understand the crime that sparked this plague grows more urgent every year. What really happened April 20, 1999? The horror left an indelible stamp on the American psyche, but most of what we “know” is wrong. It wasn’t about jocks, Goths, or the Trench Coat Mafia. Dave Cullen was one of the first reporters on scene, and spent ten years on this book-widely recognized as the definitive account. With a keen investigative eye and psychological acumen, he draws on mountains of evidence, insight from the world’s leading forensic psychologists, and the killers’ own words and drawings-several reproduced in a new appendix. Cullen paints raw portraits of two polar opposite killers. They contrast starkly with the flashes of resilience and redemption among the survivors. (via Goodreads)

Why Did I Read This Book?
Columbine was probably the most recommended book I saw during this year’s Nonfiction November. I was in the market for true crime, though not necessarily this flavor of crime. Regardless, I saw the opportunity to check it out from the library and took it.

What Did I Think?
The Columbine High School shootings happened at a time when I had stopped watching TV for the most part (I had no cable and OTA in Lincoln, NE was sketchy) and I hadn’t become a regular consumer of online news—there was relatively little of anything to be had online in 1999. I knew the shootings had happened and that they were at the time the most fatal such incident, but honestly after it had left the immediate news cycle, I never followed up. I knew what happened right?

Well, honestly, even in the moment I was skeptical of some of the media’s conclusions. Music and video games weren’t the cause. The rest seemed plausible enough, though, didn’t it? Two outcasts had had enough and plotted their revenge.  But that wasn’t what happened. That was a narrative the media latched on to based on not-very-good early information. It was easy and it made sense in the moment. Law enforcement didn’t do much to counter that narrative. They had their own problems. Alas, the story is more complex and nuanced, as reality often is.

I am rather awed by the amount of compassion that Dave Cullen has in his writing for everyone, including the shooters and their families. There are many things that are still unknown and will never be known, but Cullen doesn’t luridly speculate. It would be easy to do so.

I’ve been thinking about why anyone should read a book like Columbine. Perhaps, yes, knowing the minds of these killers might be valuable, even to the general populous. The stories of the victims’ families and the triumphs of the injured are by turns tragic and inspiring. More broadly though, I hope that Columbine serves as a reminder that, as uncomfortable as it might be, nothing is ever as simple as one might think. That is a valuable thing to keep in mind.