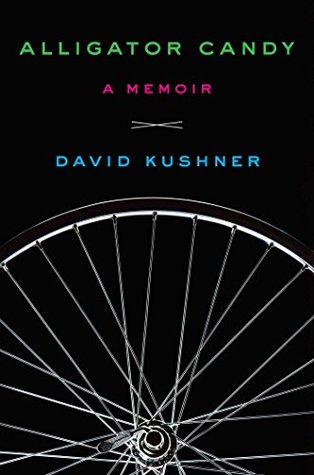 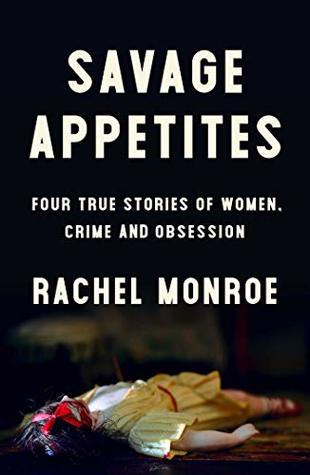 Why Did I Choose These Books?
I chose both of these books due to my continuing investigation into true crime as a genre. Savage Appetites was recommended to be by multiple people because it is very much what I want to learn about: why do we “like” true crime. Alligator Candy was a book I chose through Goodreads’ “Readers Also Enjoyed.”

Every life has a defining moment, a single act that charts the course we take and determines who we become. For Kushner, it was Jon’s disappearance—a tragedy that shocked his family and the community at large. Decades later, now a grown man with kids of his own, Kushner found himself unsatisfied with his own memories and decided to revisit the episode a different way: through the eyes of a reporter. His investigation brought him back to the places and people he once knew and slowly made him realize just how much his past had affected his present. After sifting through hundreds of documents and reports, conducting dozens of interviews, and poring over numerous firsthand accounts, he has produced a powerful and inspiring story of loss, perseverance, and memory. Alligator Candy is searing and unforgettable. (via Goodreads)

What Did I Think?
When David Kushner was four years old, his older brother went missing and was later found dead. Obviously, being so young at the time, his memories surrounding the events are very hazy and muddled. For example, did his brother go off on his bike to the store just to get David some Snappy Gator candy? And that’s what really intrigued me about this particular story. Kushner grows up in the shadow of his brother, but gradually realizes how unreliable memory is. The memoir is about family and personal survival and how he came to find some truths about the event.

I listened to Alligator Candy as an audio book narrated by the actor Bronson Pinchot. As I keep saying about these true crime books, this was a hard “read.” Pinchot does a wonderful job reading it.

In this illuminating exploration of women, violence, and obsession, Rachel Monroe interrogates the appeal of true crime through four narratives of fixation. In the 1940s, a frustrated heiress began creating dollhouse crime scenes depicting murders, suicides, and accidental deaths. Known as the “Mother of Forensic Science,” she revolutionized the field of what was then called legal medicine. In the aftermath of the Manson Family murders, a young woman moved into Sharon Tate’s guesthouse and, over the next two decades, entwined herself with the Tate family. In the mid-nineties, a landscape architect in Brooklyn fell in love with a convicted murderer, the supposed ringleader of the West Memphis Three, through an intense series of letters. After they married, she devoted her life to getting him freed from death row. And in 2015, a teenager deeply involved in the online fandom for the Columbine killers planned a mass shooting of her own. (via Goodreads)

What Did I Think?
I hadn’t realized just how much the audience for true crime skewed toward female. I knew that it did, but when Rachel Monroe writes about the true crime convention that she attends, I didn’t expect that the vast majority of attendees would be women. Monroe writes about four case studies which illustrate what she finds to be archetypes of true crime fans: the detective, the defender, the victim, and the killer.

I’m not entirely sure I agree with Monroe’s theory that women especially are true crime fans because we slot into these types. It doesn’t quite feel right to me and, as Rennie from What’s Nonfiction, pointed out, it might be because these case studies are pretty  extreme. Monroe also floats the idea that because women taught at a young age to be wary and alert, true crime is sort of further training: maybe if we empathize alternately with the detectives, defenders, victims and killers, we can be better prepared for bad situations. Ironically, though true crime probably has never been more popular, violent crime rates are generally down.

My favorite of these four women profiled (which probably exposes my true crime archetype) was Francis Glessner Lee—the detective. Lee, an heiress, spent her later years creating miniature crime scenes to be used as a teaching tool. She also championed the cause of scientific investigation of crimes and is considered the mother of forensic science.