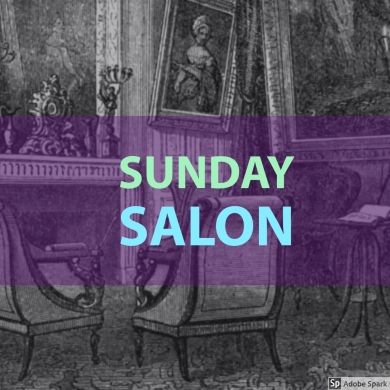 I’m in that weird place where I’ve finished books, but I don’t want to start new ones until New Year’s. So, today in the Salon, I’m going to take a look back and a look forward.

I plan on doing a “favorites” post on Tuesday.

I’m only joining two challenges for 2020:

Deal Me In is a short story challenge hosted by Jay @ Bibliophilopolis. What’s the commitment? Pick 52 short stories, assign a card to each of them, and every week you pick a card and read the story! There are better details at Jay’s blog.

I plan on reading at least 10 titles from my Classics Club list.

I’m a flighty reader so many challenges (aka too many plans) don’t work well for me. Instead I want to do more readathons and readalongs. To wit, I’m going to participate in Page-a-thon and Bout of Books in January.

Honest-to-goodness, I can’t think of a TV series in the last year that I really liked. I haven’t been watching much television.

I put two things out into the world in 2019. I edited and formatted David P. Abbott in The Open Court, a collection of articles about magic and fraudulent mediums  that David Abbott wrote for The Open Court magazine. It’s available on my website!

I also published One Ahead: The Case of the Real Estate Revenant on Amazon. It’s the second in my series of mysteries with a fictional David Abbott as detective.

What am I doing in 2020? Tentatively, I’d like to finish Wicked Witch Retired and maybe get that into the world by the end of the year. I’ll probably do another Entangled Tome of some sort. I might also entertain the notion of taking on some formatting work.