“What Tune the Enchantress Plays” by Peter S. Beagle

Ah, there you are. I was beginning to wonder.

No, no. Come in, do—it’s your lair, after all. Tidy, too, for a demon. I’d do something about those bones, myself, and whatever that is, over in the corner, that smelly wet thing. But each to his taste, I say; you probably wouldn’t think too much of my notions of décor, either. God knows, my mother doesn’t.

The Story
In the introduction to this story Peter S. Beagle admits that it is the voice of a character that comes easiest to him. As you can see from the beginning few sentences above, this story has a great deal of voice.

Our speaker is Breya, an enchantress of some power. She is from Kalagria where many of the women are witches, sorcerers, or enchantresses. Never the men, though. The men of Kalagria are carriers of magic. Furthermore, if a majkes of Kalagria marries an outsider, their daughters will not have any knack with magic. So, the story that Breya tells this demon before she sings him into oblivion at moonset is an unfortunate one: Breya’s true love was an outsider.

I didn’t remember this story from the first time I read back in 2011-ish. A different author five years later might have used this set up to tell a tale of gender reversal or maybe at least gender role reversal, but that’s not quite Beagle. Lathro, Breya’s love, goes off to become the man he thinks he needs to be. Breya goes after him under the advisement of her mother, who is bent on making Breya into the woman she needs to be.

The Author
Peter S. Beagle is best known as the author of The Last Unicorn, but he has a fairly large body of work. “What Tune the Enchantress Plays” is set in the same magical world as his novel The Innkeeper’s Song. 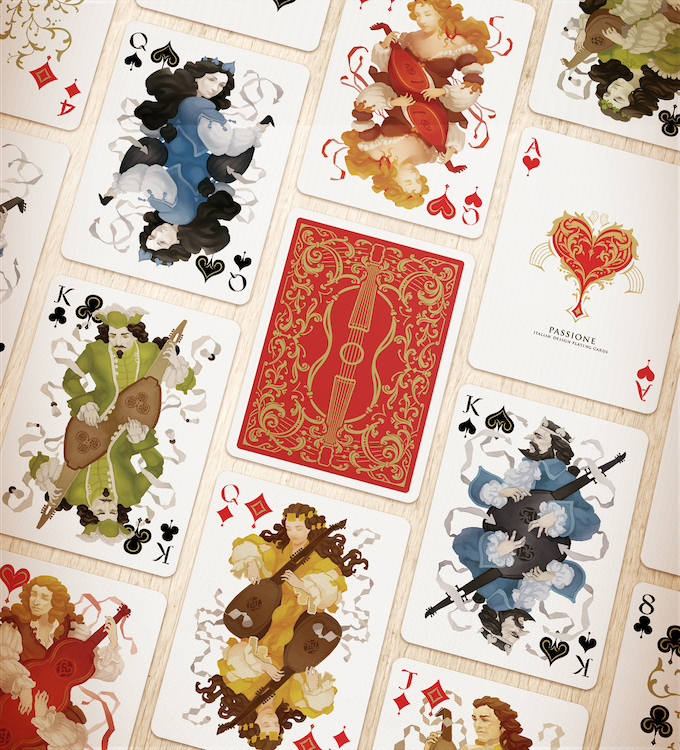 Music plays a role in this story and many of Beagle’s works. Vivaldi Playing Cards evoke some of that beauty and grace.

Vivaldi Kickstarter
And at Kardify

2 thoughts on “Deal Me In, Week 1 ~ “What Tune the Enchantress Plays””