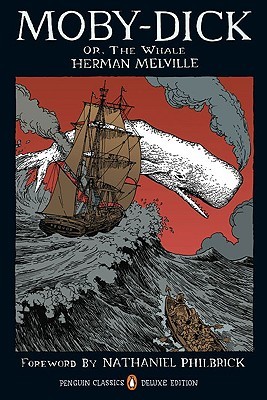 Moby-Dick; or, the Whale by Herman Melville

A sailor called Ishmael narrates the obsessive quest of Ahab, captain of the whaler Pequod, for revenge on Moby Dick, a white whale which on a previous voyage destroyed Ahab’s ship and severed his leg at the knee. (via Goodreads)

I’ve become one of those people.

I first read Moby-Dick in January of 2017. I knew I would read it again one day, but I didn’t expect it to be so relatively soon. I wasn’t immediately on-board (*cough*) when Brona announced a readalong. But the idea grew on me and I decided, why not?

And I’ve come to realize that Moby-Dick is going to be a book I reread often throughout the rest of my life.

Michael Chabon has a theory about fandom that I will clumsily paraphrase from Maps and Legends: fandom is created in the cracks of fiction. His example is Sherlock Holmes. Those Doyle stories have become an enduring institution, continually adapted and rebooted, because there are so many inconsistencies and alluded to stories within the cannon. Fans want to know, what they can’t know they’ll interpret and fill-in.

And I can see that in Moby-Dick. The people who read this weird novel over and over again (and I’m one of them) want to know more of what’s going on. We want to know more about the character’s intentions, but also Melville’s.

This time around, I really enjoyed some of my fellow reader’s thoughts as well has keeping a Twitter thread of things that stood out to me:

"While you take in hand to school others, … what name a whale-fish is to be called in our tongue, leaving out, through ignorance, the letter H, which almost alone maketh up the signification of the word, you deliver that which is not true." Hackluyt.#mobyDickReadalong 🐳 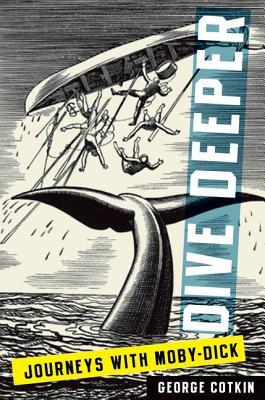 “What next?” Brona asks.

A book hangover! Actually, I attempted another book-at-sea, but it didn’t work out. Instead, I’m enthralled by the nonfiction book Bad Blood. But then, it’s sort of about an Ahab running a biomedical start-up. But I found my copy of Green Shadows, White Whale, Ray Bradbury’s story of writing the screenplay to John Huston’s Moby-Dick. I’ll reread it in a month or two, I think. 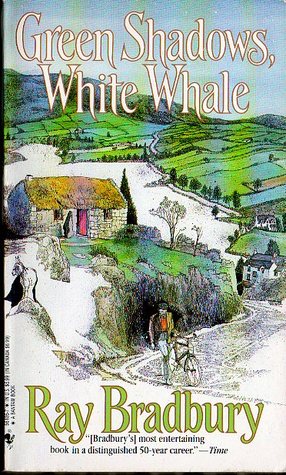