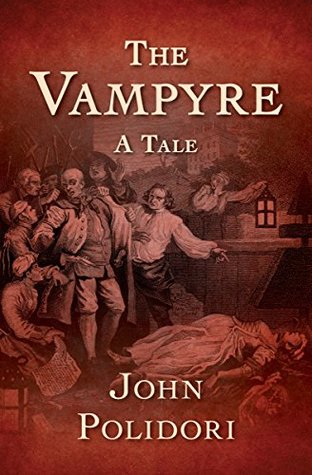 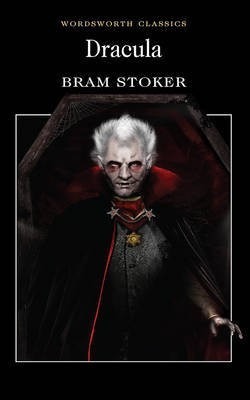 The Vampyre: A Tale by John William Polidori

A young English gentleman of means, Aubrey is immediately intrigued by Lord Ruthven, the mysterious newcomer among society’s elite. His unknown origin and curious behavior tantalizes Aubrey’s imagination. But the young man soon discovers a sinister character hidden behind his new friend’s glamorous facade. (via Goodreads)

Legend has it that the inspiration for The Vampyre was the same Lake Geneva trip the spurred Mary Shelley to write Frankenstein. Polidori, Shelley, the other Shelley (P. B.), Lord Byron, and Claire Clairmont all shared a chateau and ghost stories. Byron produced “Fragment of a Novel,” which Polidori riffed off of to write The Vampyre, giving Byron the credit. Or something like that. It seems utterly reasonable that Byron’s name on the cover was a shrewd publishing move.

Polidori’s Lord Ruthven is perhaps the first gentleman vampire. Instead of being the glorified ghoul of folklore, Ruthven has charisma and schemes. He is cast in the form of the Gothic mystery men that preceded him. His past is a secret that will bring darkness to those around him, in this case it is presumably because he’s a vampire.

I was expecting more from this story. It felt more like the summary of what could have been a much longer, more involved Gothic novel. On the other hand, Polidori isn’t much of a writer. A 600-page version of this story would have been a slog. (What isn’t a 600-page slog is The Count of Monte Cristo by Alexander Dumas—he includes Lord Ruthven as a cameo character.)

‘Alone with the dead! I dare not go out, for I can hear the low howl of the wolf through the broken window’

When Jonathan Harker visits Transylvania to help Count Dracula with the purchase of a London house, he makes horrifying discoveries about his client and his castle. Soon afterwards, a number of disturbing incidents unfold in England: an unmanned ship is wrecked at Whitby; strange puncture marks appear on a young woman’s neck; and the inmate of a lunatic asylum raves about the imminent arrival of his ‘Master’. In the ensuing battle of wits between the sinister Count Dracula and a determined group of adversaries, Bram Stoker created a masterpiece of the horror genre, probing deeply into questions of human identity and sanity, and illuminating dark corners of Victorian sexuality and desire. (via Goodreads)

There are many, many vampires after Polidori’s Lord Ruthven, but none (even Ruthven himself) are as famous as Dracula.

This is the third or fourth time I’ve read Dracula. I suppose I like it well enough because I like the characters. Oh, everyone’s adoration of Lucy and Mina gets a little old, but Stoker at least gives us a look into their inner lives.

One of the things that struck me about this go-through: Mina is the one who takes all the information that the man have and put it together. Without her stitching together the narrative, Dracula would have run rough-shod over London. Further, when the men leave Mina out, for her own protection, they (and she) suffer a huge setback.

I read The Vampyre for Classics Club and Dracula because it felt like a good time for a reread. 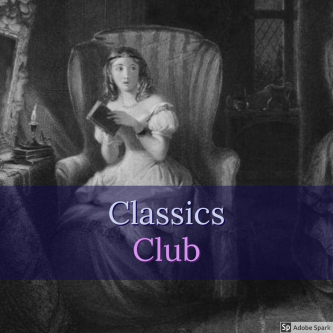 1 thought on “{Books} The Vampyre & Dracula”