Monday Miscellanea, a look back at the stuff of last week. 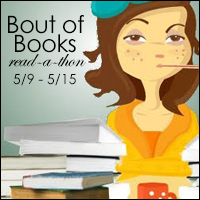 I had good intentions but my brain went a little sideways last week. It happens. Despite that, I read a smidge over 400 pages, finished Bloodlines (which was in-progress) and read the entirety of Sundial by Catriona Ward. I’ll have some thoughts on it later in the week.

The Western Ultimate league finished its inaugural season this weekend. My home team, the Arizona Sidewinders, ended up placing third after sneaking into Championship Weekend via a tie-breaker. When I started playing ultimate twenty years ago, it was cool to find just clips of other people playing. Fast-forward to today: an entire season of a semi-pro women’s league was broadcasted. Better yet, I’ve had the pleasure of playing with and against many of these women. It’s all pretty darn cool.

In more local news, summer leagues are starting this week. Sounds like Eric and I will be playing in both the Wednesday league and the Thursday league, but teams/the schedule aren’t out yet. I’ll have all that to post this week along with playing at least one of those nights.