Saemund Sigfusson is credited with The Elder Eddas, a collection of poems dating from the Tenth and Eleventh centuries, many of them only fragments of longer heroic chants now otherwise entirely lost. Collected from oral tradition, the same story is occasionally repeated in varied form. Some of the poems prove that the collection is only a gathering made early in the middle ages, long after the composition of the pieces, and in no critical spirit. Snorre Sturleson, was the writer of Younger Edda or Snorri’s Edda, the Icelandic manual of poetics which contains many stories from Norse mythology. Its purpose was to enable Icelandic poets and readers to understand the subtleties of alliterative verse, and to grasp the meaning behind the many kennings that were used in skaldic poetry. It consists of seven manuscripts, dating from around 1300 to around 1600, which have independent textual value. (via Goodreads)

My first exposure to mythology of any kind was probably through the works of Ray Harryhausen. If not Jason and the Argonauts, then Clash of the Titans. I bolstered my knowledge of “the classics” with my own reading until I got to high school and college whereI was formally introduced to Greek and Roman mythologies. Norse mythology really isn’t taught as part of “the classics.” (Neither are any of the other world mythologies.) Being from the central plains of the US, this is maybe a disservice. My culture is not one born of a cushy climate. While Greek and Roman myths carry some commonalities, they are more for southern children, as Foster and Cummings point out.

One of the things that struck me reading the Edda translations, over the easy-reading stories presented by the Foster and Cummings, was that the stories and myths are about collecting information. While its probably a convention of this oral tradition to ask and answer questions, even the basic myths are based around gaining knowledge. Odin loses an eye for knowledge. The wheres and whys of things are important for survival.

Much of the Poetic Edda was over my head. Poetic conventions combined with very unfamiliar territory made for a very superficial reading at this point. I’ll probably give it a reread in a few years, assuming that I follow up on becoming more familiar with Norse myths.

Genre: Mythology
Why did I choose to read this book? Wanted to fill a gap in knowledge.
Did I finish this book? (If not, why?) Yes.
Craft Lessons: Remember that where a character is from influences what stories they tell and relate to.
Format: Kindle ebook
Procurement: Free Kindle ebook 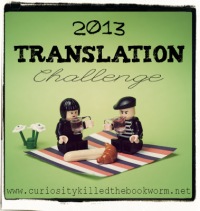 The Burial at Thebes, a version of Sophocles’ Antigone by Seamus Heaney

I adore Heaney’s translation of Beowulf, so the lit-geek in me squeed when I saw that he’d done translations of two of Sophocles’ plays.

I read Antigone in college. That was over ten years ago, but I don’t recall being unhappy with the translation I read. Not like Beowulf. With Beowulf, I was required to read an utterly dry prose version. I might be wrong about this, but I’m not sure it’s ever a good idea to turn poetry into prose when translating a work. When I came across Heaney’s Beowulf, it was like a breath of frosty Viking sea air. Since I lacked the utter disappointment of hearing a bad cover of Antigone first, Heaney’s version had to stand strong on its own.

It certainly does. Each character is given a cadence to their speech which gives more indication of mood than any stage direction could. Heaney does not shrink from emphasizing the parallels between this story and modern arguments of patriotism. Love of country shouldn’t be defined by disdain for others, Creon’s mistake. And I’m reminded of the interesting relationship the Greek authors had with their female characters. Antigone continually states that she’s doing her duty as a woman and will stand up for it. Creon belittles her for being just a woman, while everyone around him seems to state, “Doesn’t matter what she is. She’s right.”

I have The Cure at Troy to read as well. This new infusion of Seamus Heaney makes it less likely that I’m going to re-read Beowulf in the next month. 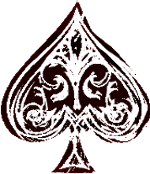