book that I read as a child or teen – At some point in my childhood I bought an “Endless Quest” book at a hobby store: Mountain of Mirrors by Rose Estes. I knew nothing about D&D or choose your own adventure books and never got the hang of it. As an adult with some gaming experience, I plowed through it with no problem.

graphic novel – I read the first six issues of Omni, a superhero comic with a primarily female and POC creative team. It’s a similar take as X-Men, but in place of all-knowing Charles Xavier, Cecelia Cobbina is smart beyond her powers and always cautious about the ethics of superhero-ism. It reminded me a little of the movie Fast Color (2019) (which is a great movie, currently on Hulu).

In the land of what I’ve recently finished, there are reviews of In the Garden of Beasts and Meddling Kids. This week I’m reading An Unexplained Death: The True Story of a Body at the Belvedere by Mikita Brottman and The King in Yellow by Robert W. Chambers.

I’ll be switching projects and returning to a true crime story I’ve been working on for a while now. Probably going to start doing a Round of Words in 80 Days again in July too, so my Sunday Salon posts might share space with those updates. Reading An Unexplained Death is part of this process.

Our COVID-19 numbers have jumped enough that Arizona is making national news. Despite this, Eric and I have included our friend Chris in our park exercises over the last couple weeks. I’ve been holding out hope that we might get back to a regular ultimate frisbee game by Sept/Oct, but now I don’t know.

Finished In the Garden of Beasts yesterday. I’ll probably post on it later this week.

Also reread Washington Irving’s The Legend of Sleepy Hollow for my Weird Lit “class.” It’s so hard to divorce the Disney animated version from original. Of course, that version of the Headless Horseman scared the crap out of young me. For a few years, I was fairly sure that the Horseman was going to gallop down the street at me anytime I walked to my grandparent’s house…

My pick of the week:

Four Weddings and a Funeral, the series. I was dubious because the original film is one of my favorite rom coms. My friend Tania and I watched it at least twice in the theaters when it came out. I took a chance on the series, though, and realized that Mindy Kaling is part of the writing/production team. It’s pretty obvious that she has respect for the original and Richard Curtis’s films in general. There’s a lot of the usual rom com nonsense, but that can be rather comforting and satisfying.

Continued to do some writing/rewriting. Continued to watch some ultimate frisbee while doing so. Last weeks games:

Long week. We’ve had 110+F temperatures in AZ since Thursday, which is unusual for May. Our AC was on the fritz, but was quickly taken care of by our landlord. We had some excitement Sunday morning (around 2am) when, seemingly, a firework set two palm trees on fire about a half block away. Luckily, the winds had calmed and we’re very near both police and fire stations.

As of tonight, Arizona is under a week-long curfew due to Friday and Saturday protests that took a turn. Whatever your feelings about what is going on in the US right now, whatever other way you’ve chosen to protest, help, or just engage in self-care, remember one of your most important civic duties: vote.

What I read last week:

“Oakland Dragon Blues” by Peter S. Beagle for Deal Me In, Week 20 (10♥️). One of Beagle’s early drafts of The Last Unicorn included a dragon. The dragon got scrapped, but that doesn’t mean the dragon doesn’t have a bone to pick with his author… (From the collection Slight of Hand)

I finished both Westmark by Lloyd Alexander and The Beetle by Richard Marsh just this Sunday morning. My reading mojo from the beginning of Bout of Books didn’t last very long. I should have posts on both in the near future.

What I’ll read this week:

I’ll should be able to finish Erik Larson’s In the Garden of Beasts by the end of the month. I’ve also started watching Michael Moir’s lectures on Weird Fiction. Last week, Moir covered how Edgar Allan Poe fits into the history of the weird. This week, we’ll look at “The Legend of Sleepy Hollow” and Washington Irving.

Loving Vincent (2017, Directed by Dorota Kobiela, Hugh Welchman) – My husband Eric isn’t a Vincent van Gogh fan, but he watched this movie first and was puzzled as to why I hadn’t yet seen it. In his (correct) opinion, it is a movie I would love: art, mystery, and a uniquely created film. The film is animated using oil paintings, which is pretty incredible. (Currently available on Hulu, hoopla, and Kanopy)

I also watched the Great Performances episode of Much Ado About Nothing from November. It’s a really fun adaptation starring Danielle Brooks and Grantham Coleman and directed by Kenny Leon. (Available via PBS.)

Did a bit of rewriting on Deal with the Devil. My playlist of choice while working seems to be old ultimate frisbee games. Thus far I’ve watched

I bookmarked some mixed and women’s games for the coming week.

Been doing Bout of Books this week. I haven’t read as much as I hoped I might, but it’s still been a good week. I started The Beetle by Richard Marsh, which is my Classics Club Spin book. It’s…not at all what I expected. I’ll probably finish it up today/tomorrow. 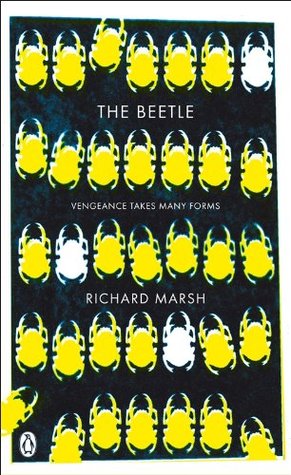 This past week, I read some academic articles about Weird literature and Lovecraft. The most interesting was “M.R. James and the Quantum Vampire: Weird; Hauntological: Versus and/or and and/or or?” by China Miéville, which looked at how “weird” M. R. James is despite James being labeled the quintessential purveyor of early 20th century ghost stories. Reminded of James’s “The Ash Tree,” Miéville makes a good point. Michael Moir at Georgia Southwestern State University has a series of lectures on weird lit available through YouTube of which I think I’ll watch in the near future.

So, I watched Parasite (2019, dir. Bong Joon-ho). I gotta say, as someone who grew up lower middle class, I’m not quite sure how to take this movie. I can see that a message of this movie might be that people oppressed by a class system can end up taking extreme actions, that their bad behavior might be excused, but the social optimist in me kind of calls bullshit on that. Maybe it’s that I don’t quite buy the family’s desperation. Maybe it’s that, while I like a good con, I cringe at some of the very inadvisable actions that they take. Maybe it’s that I really don’t like people being generally awful to each other. Is it a well-made movie? Yes, absolutely. I wanted to like it. But I really didn’t.

This is a documentary on the shower scene in Pyscho (1960, dir. Alfred Hitchcock). The title refers the 78 shots and 52 cuts that comprise the 45 second scene. I’m not sure if that’s above average for movie scenes nowadays, but it was quite something in 1960.

I’ve been thinking about my 1920s magician mystery tentatively titled Deal with the Devil. I’ve taken something of a hiatus from writing this year, but maybe that’s over.

Tempe is opening up. While I’m missing ultimate frisbee and the library terribly, I’m worried that we’re heading into this much too quickly and without enough preparation.

Most of my reading this past week has already been summed up in my April post. 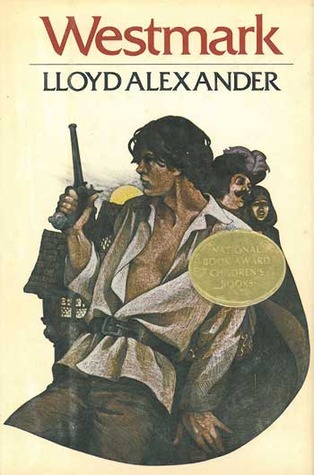 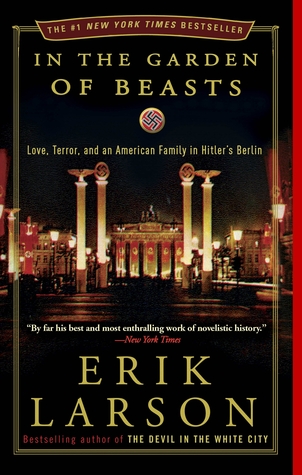 I’ve been reading Westmark a chapter at a time in the morning, In the Garden of Beasts in the afternoon, and I added Matt Ruff’s Lovecraft Country for evening reading.

Free from my Horror A to Z challenge, I watched… The Conjuring (2013). I hadn’t seen it before and has two of my favorite under appreciated actors Lili Taylor and Vera Farmiga.

Too many video games, not enough ultimate frisbee.

We’re still under stay-at-home mandate until at least May 15th, with some eased restrictions. And you know what? That’s fine. Our “curve” in the Phoenix metro isn’t looking that good.

Yesterday was Dewey’s 24-Hour Readathon. I’m happy to report that I had a pretty good readathon. I read/listened to 651 pages, which is pretty good for a slow reader like me. I also stayed engaged during the whole readathon, which is often not the case for me. I finished Dracula; I should have some thoughts on Dracula and Polodri’s The Vampyre later in the week. I’m leaving Unbury Carol behind. It’s not working out for me. 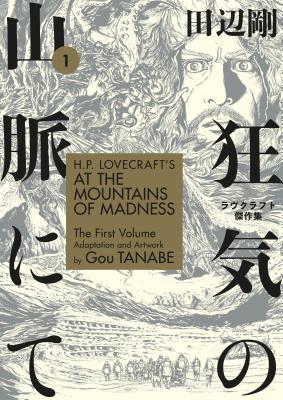 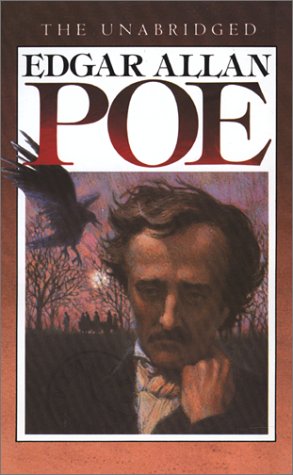 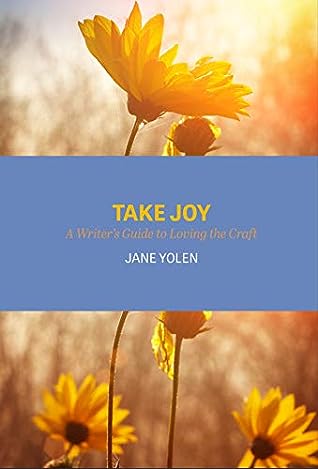 I’m in the homestretch of my Horror Movie A to Z. Yay! Oh, I’ve watched some good movies, but I’ll jonesing for some romantic comedies at this point. The stand-out horror movie this week was Ready or Not (2019). I also watched Dirty Dancing (1987) Friday night as part of Lionsgate’s streaming movie series that I stumbled on by chance.

Just poking along. The weather has turned very warm. I’m not quite ready for 100F days, but we’ve had a really nice spring so I shouldn’t complain.

The result of Classics Club Spin #23 is 6. Number 6 from my list is The Beetle by Richard Marsh. Right now, I’m behind in posting on my Classics Club reads. The Book of the Damned by Charles Fort led to my reading Jim Steinmeyer’s bio of Fort, and I want to finish Dracula before posting about Polidori’s The Vampyr. I still haven’t been reading much this month although I’ve maybe gotten in a grove in the last couple of days. I plan on focusing on Charles Fort: The Man Who Invented the Supernatural and Dracula to finish them by the end of the month. 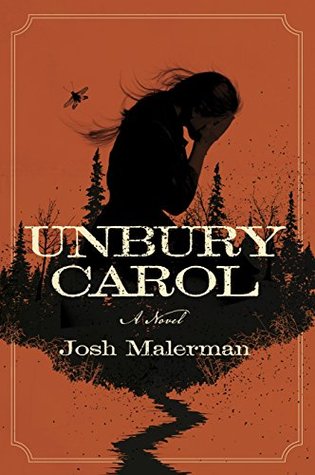 Which totally explains why I’ve started Unbury Carol by by Josh Malerman and Take Joy: A Writer’s Guide to Loving the Craft by Jane Yolen.

Dewey’s 24-Hour Readathon is next weekend. I haven’t signed up yet. My readathon-ing this month has been a little lackluster. But there’s no reason I can’t do it, so I probably will.

I continued with my Horror Movie A to Z. Aside from Oculus (2013) (which will probably end up on the top of my list for this experiment), this was a pretty meh week.

Honestly, not much else going on. Staying in, staying healthy. The weather is supposed to be warmer this coming week. It’s been a ridiculously nice spring, thus far. It’s really a shame that sports have been cancelled.

There was a Twitter meme this past week: what’s the one specific thing you miss about sports. For me the thing that comes to mind is from the realm of playing sports. (Warning: ultimate frisbee terminology ahead.) I currently really miss standing on the line between points, before the disc is pulled, at our pick up games. Everyone’s tired from the previous point, maybe we’re on O, maybe we’re on D, but someone has energy enough for a dumb joke or pun.