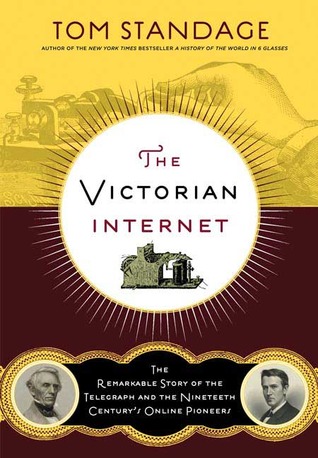 Back to the Future, Salon’s look at “Where’s My Jetpack?”
I have not read the book, but there’s two points I’d like to make in response to the article.

First, much of science fiction, and especially golden age science fiction, isn’t very plausibly sound.  It isn’t  necessarily science based.  A writer who hasn’t bothered with the science can write easily about massive moon colonies.   The reality of the situation is that it’s very difficult, expensive, and  there’s little reason for moon colonies to exist in the first place aside from them being an oh-cool setting for a story that could have happened just around the corner.  Flying cars are all well and good until you start working out their propulsion methods, the fuel they’ll use, the pollution they’ll cause and the *gasp* traffic laws involved.  Yes, this isn’t glamorous.  It isn’t any fun.  But the beauty of that age of science fiction is that it got people thinking.  Moon colonies asked the question, could we actually put a man on the moon?  And from that goal came oodles of other small, less-glamorous technologies.  Like the entire information age.  Where would we be without satellites and micro technology?  Even farmers use GPS.

Second, let’s talk about what we do have.  Simon Reynolds states that looking out the window things aren’t much different than 1967.  He obviously wasn’t looking up…at the ubiquitousness of large airplanes flying coast to coast, trans-Atlantic, trans-Pacific at relatively low cost.  That’s understandable because his attentions were probably focused on his desk top.  I’m assuming that Mr. Reynolds is old enough to remember typewriters, maybe even nonelectric ones.  Yes, he mentioned file compressions and he touched on the home-of-the-future, but no science fiction author predicted just what desktop computing and the internet would be.  I can browse a dozen newspapers.   I might have never encountered a newspaper like Salon in my entire life one hundred years ago, but I have easy access to it now.  Hell, forget newspapers, I can get up-to-the-minute news.  I can publish as well.  This response would have been written in a near-vacuum only ten years ago.  Now it’s only in a partial vacuum, because, well, this journal doesn’t have that wide of an audience.  But it might be read by people in Oregon, Georgia, Australia, and England.  All at once.   Without worry about postage.  VOIP allows me to talk to these people too, quickly and easily.

But let’s get back to glamor.  We may not have jet packs, but we do have some pretty impressive things (and I’m only going from late 1960s here):

These are things that developed gradually, and became part of our lives.  These are also things that could have been in a sci-fi story in 1967 and seemed completely amazing.  My knowledge of the field is not exhaustive, so they might have been written about anyway.  Reynolds accuses society of pessimism, but really this future-that-wasn’t nostalgia is even worse.  It doesn’t even allow for us to be happy with what we do have.  The only worry Mr. Reynolds should have is that science fiction isn’t giving the next generation enough what-ifs to keep them innovating as well.

(And to give credit, I cribbed heavily from Greatest Engineering Achievements of the 20th Century.  There’s tons of unglamorous and much more important things that didn’t exist in 1967…)

Haven’t posted much lately.  I’m busy trying to get through this round of rewrites.  Yes, I’d like to move forward a bit, but it bugs me to have things wrong.  Especially when it’s whole scenes that need changing.  Frustrating, tiring.  And PMS finally hit me hard yesterday.  Just don’t feel like writing or socializing or doing much of anything.  Worn out, really.

Disc-wise, Cutting Can Be An Art finished out the regular season in second place.  That puts in an okay position for quarters.  We’ll probably be playing Gretchen’s team.  I hate playing Gretchen.  But we’ll see.  We destroyed them last time, but they didn’t have Al for most of the game.

There’s a bunch of things have come up that I’d like to comment on, but haven’t had the time…

Wired has an interesting article about using web-based apps.  I’ve always used browser-based email, Yahoo.  I’m not sure why I wouldn’t.  And I’ve just started using Google doc to share  stuff when we’re gaming long distance.  I’ve been pretty happy with it, though Google’s spreadsheet seems anemic.  That’s coming from me, not the world’s most savvy spreadsheet user.  I also, recently, started using Bloglines and del.icio.us.  Why?  Yahoo’s “My Yahoo” doesn’t do a very good job of feed subscription, and using their flash-y email as a reader is slow and annoying.  I decided to start using del.icio.us because I’ve been going back and forth between this computer and the laptop.  It’s nice to have all my bookmarks in one place.  It occurs to me that all the things I use “web-apps” for are web related things.  How often is Yahoo having problems?  Or Bloglines?  Or Google?  A lot less than my cable internet has problems.  And that’s the bottle neck for me with switching to all Google, all the time.  Why would I when I can use Word and Excel when my internet is down?